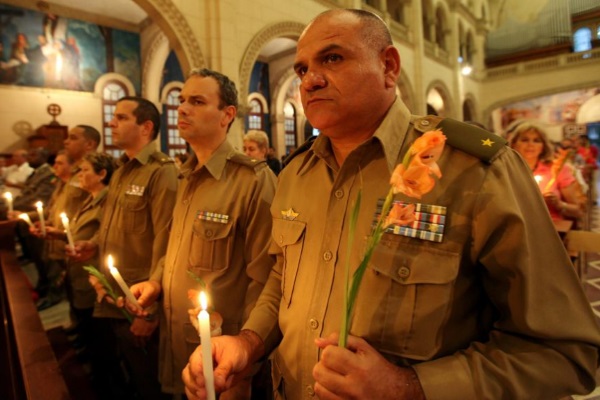 Cubanet, Luis Cino Alvarez, Havana, 19 September 2015 – Out of respect for His Holiness, so as not to bring up an unpleasant topic, or whatever — I would prefer not to have to say that — contrary to reports by certain foreign media, I have not sensed hope nor much enthusiasm among my compatriots regarding the visit by Pope Francis. Rather, what I’ve heard are jokes, some quite irreverent, about the potatoes that are not in the markets [jokes based on the fact that in Spanish “papa” means both “pope” and “potato”], and many comments ranging from skeptical to cynical.

And do not speak to me of multitudinous masses; we had them, too, when John Paul II and Benedict XVI came. There is no talk of how we Cubans are mainly Catholics (after our own fashion, but we are). Even, and above all, practitioners of Santería, almost all of whom were baptized and who pray the Our Father and the Hail Mary, and at least three or four times per year—on the feast days of the Virgin of Charity of Cobre, St. Barbara, St. Lazarus, and the Virgin of Las Mercedes—go to church, despite the displeasure of some priests at what they consider to be “pagan superstitions.”

We do not take lightly the papal blessing, but neither do we expect miracles. Nor is there any reason to demand from the Pope who lives in Rome* what we Cubans have not been able to do ourselves: change the circumstances of our country for the better.

We have been unable to do so, among other reasons, because the dictatorship—which called itself Marxist-Leninist, materialist and atheist—for decades kept us distant from God, the one who could cure our fear and give us courage.

Beyond praying for us and blessing us, which is no small thing, what more can the Pope do (Oh, Violeta Parra!*), whose doves are being slaughtered* everywhere in this world that is ever more selfish and pragmatic

It was known that the regime would manipulate the papal visit to reflect the glory on itself. Also, that the nation’s Catholic hierarchy, in return for spaces in the very earthly neo-Castro kingdom, will continue slobbering over and pandering to the regime, without defining what, exactly, its intentions are. Although there now remain few doubts that it will be satisfied with obtaining a construction permit to build some church, organize workshops for the self-employed, continue publishing its magazine, have some of its confiscated properties returned, and be given air time on television now and then.

Neither the three papal visits, nor the wind blowing at full blast in favor of relations between the Cuban state and the Catholic Church, will make up for all the times we could not pray in our churches, the children we were unable to baptize, and the Christmases that went uncelebrated. But there is no need for drama. We will pretend as best we can to forgive past wrongs, and we will remain as Catholic (after our own fashion) as ever. Amen.

*Reference to Chilean folk singer Violeta Parra and her song, ¿Que dirá el Santo Padre?, which includes a refrain that can be translated as, “What will the Holy Father say / who lives in Rome / and whose dove is being slaughtered.”