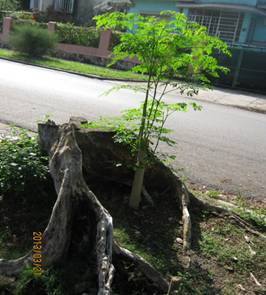 Since its installation in power, the Cuban government has always moved stride for stride with the corresponding thick ideological cover. Each year was given a name, which was supposed to serve as an incentive for work during its twelve months. Thus, 1959 was the Year of the Liberation, but it really meant, by the measures taken, rather than the liberation, the violation of all existing rights and freedoms. Then came many others which, above all, were more than just names without concrete results, until they lost interest in the practice and it become routine, and then they started to put the focus on slogans for extensive periods of time.

One of the most interesting was the so-called Battle of Ideas, where everything that is done or undone formed a part of it, from fixing a pothole, repairing a bodega, replacing a bulb in the street, tilling the land, holding a rally, reaping the harvest, etc.

It was so important that he even had his ministry and minister, who seemed drawn from the pages of George Orwell’s novel 1984. I came to constitute a little parallel private government within the existing, complicating everything even more that is already was.

When he stepped down from the presidency for health reasons, the ministry, the minister and the Battle didn’t last very long, although the formula was not abandoned and reappeared in the Guidelines of the Party and the Revolution.

Since then, everything that is planned, done or undone forms a part of them, now with the addition of its corresponding little number: everyone works in compliance with some guideline, be it number 10, number 83, number 104, or any other up to 313 and, necessarily, it has to be put on the record.

I dream of the time when in my country things are done because they must be done, and the government implements them because it’s their obligation and reason for being, without any ideological cover, let alone strides that usually have always fallen on deaf ears.