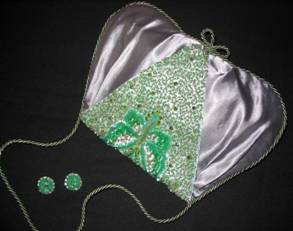 The phony honeymoon between the self-employed and the State could not last long: their interests are totally different. While the former try to develop themselves, the latter does everything it can to prevent it. The trite theme of their having reached their legal limits, with the current attempt by the authorities to eliminate individual stores that offer mainly imported products, as well as other successful businesses, such as 3D movie rooms, has raised the social tension, leading to major confrontations, absent for years in our unchanging environment.

Without understanding that feudal methods, with the mighty lord of the castle and his henchmen on one side and the submissive serfs on the other, are outmoded and are obsolete, the authorities intend, through regulations, limitations and repression, to maintain the state’s commercial domination over obedient citizens and complacent unions that they have enjoyed for more than 54 years, doing and undoing at their whim, without any social restraint.

After taking over a developed and efficient light industry — made up primarily of companies financed with Cuban capital, which were important sources of employment, and which produced virtually everything that was necessary to meet the needs of the population — and making it disappear with absurd economic measures, today the government has to import everything, using the few credits it receives, besides having failed miserably in the production of material goods.

They have tried to alleviate this situation with the establishment several years ago of various state chain stores, where low-quality imported goods are sold at high prices in order to extract from the few citizens the few economic resources they have, mainly the product of remittances sent from abroad, under the pretext of responding to the patriotic necessity of recouping hard currency.

With the appearance of privately-owned stores, some better outfitted than others, with higher quality items, more variety, and at more attractive prices, buyers gravitated to them, abandoning the state stores, which in this competition have everything to lose. Hence the reaction of the authorities and the entire bureaucracy of ossified officials, worried that their privileges would disappear. The conclusion is: the State with all its resources, is unable to compete in a fair fight with individuals. Examples abound in the world and in Cuba. Despite the difficult conditions in which they have to survive, besieged by exorbitant taxes and absurd regulations and limitations, they pull it off: privately owned rooming houses, eateries, shops, 3-D theater rooms, equipment repairs, and other kinds of successful businesses.

In this confrontation, you need to say a prayer for the self-employed, and what they represent as new economic players, and firmly defend them, not allowing them to again be swept from the national scene, as happened on other occasions in the face of citizen apathy and passivity. The current conditions are very different; before acting hastily, Cubans as well as the state should assess the high social and political price they would have to pay for a new mistake.