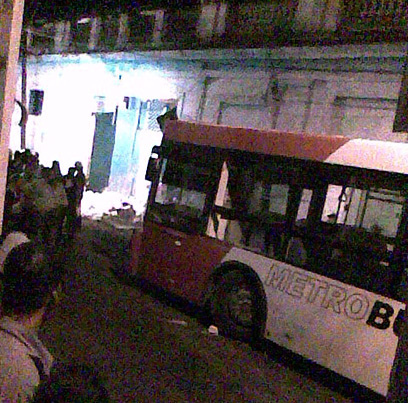 Claudia Cadelo uploaded, very early, her photo of the accident at Fabrica and Lyuano streets at:http://a.imageshack.us/img826/4273/accidente.jpg.  In recent days in August several accidents in Havana involved these large articulated buses.

[Translator’s note: This blog post is a reprint of a series or “tweets” from Twitter — which are combined here into a single text, slightly edited to be less “choppy.”]

It’s dangerous to have so much traffic, especially where the children and grandparents of Luyano live, a poor area where people live at street level next to the hot asphalt. Factory Street is very narrow and doesn’t accommodate so many large vehicles and the drivers go too fast for the area.

It’s been a black day for Havana and Cuba. Victims taken to the Calixto Garcia Hospital, according to what I heard.

The bystanders started to gossip and even joke, and talk about the black market, life resumes as soon as possible after the tragedy.

In the end the children of Luyano were hanging out the windows to see what was happening inside the bus; the police chased them off without much enthusiasm.

I heard the driver survived the impact but I don’t know where he was taken afterward.

Already the traffic is running on Fabrica and Luyano again, although I haven’t seen any P7 buses go by, perhaps it’s that it’s already early morning and the P7 only runs until midnight.

I also took some pictures, the bus left a terrible hole in the wall of the bakery that could easily collapse now.

In the end the State Security agents disappeared leaving only the police, and people began to film and take photos with their cell phones.

Relatives of the victims were severely affected, some going into shock or even fainting at the scene hours later.

There were apparently victims standing in line at the bakery, or standing nearby, thus the terrible confusion in the neighborhood.

The P7 apparently hit or was deflected by a truck and then was embedded in the wall of the bakery.  Even after midnight people remained in suspense about the tragedy which involved fatalities to neighbors.

With the situation under control people are finally returning to their homes, with the news traveling from balcony to balcony. Sadness and misfortune.

It’s dark, the streetlight failed. They quickly brought in artificial lights.  They are using a saw and a crane to remove the bus.

My photos are only from a single perspective and don’t capture the human drama, the victims, firefighters, police.

A Security Agent came and we talked and he almost took me away, but I eluded him, and continued watching from several yards from the tragedy. I went up to the balcony to avoid him. He asked for my identity card and didn’t read it. I asked him how I could help.

Then a young one came up and asked me for my license to be a photographer as if the street was the private territory of the rescue workers. The neighbors are in the street.  Talking about the events. My immediate source of information. How to help in this tragedy? I tried to take photos. I see the stretcher bearers running in. Police are parting the bystanders to open to the street but it’s not happening quickly. Officers on motorcycles. Military in green. Police in blue. Civil Security. Two hours later the operating is slowing down. The majority of the wounded are in the hospital.

There are many corners taken over by police around the Enna Reforma Rodrigues Municipal factory and beyond. They won’t let you take photos. There is no press.

The neighbors are taking about mutilated bodies. Heads, arms, organs. Very difficult even for the specialized personnel. Families are desperate. Initial victims taken to Miguel Enriquez Hospital and others in Havana. Critical cases. The rescue operation is huge. They also have to avoid incidents and vandalism and disturbances among the people.

Later the Ministry of the Interior activates some kind of special system to help in disasters. They come with young civil defense people, and even high level people.

The neighbors are gathering around, chilling screams, crying, hysteria, panic. The first call was to police, fire and ambulance by phone. There was an impasse at the beginning because the magnitude of the accident was too much for the poor people, but then they were very supportive.

About 8:10 or 8:15, then it was on the TV news. Then they noted that the bus was completely embedded in the facade of the shop and also a family home.

In the shock there were those who heard the frightening crash and ran in all directions thinking it was an explosion in some factory.

The P7 doesn’t normally run on Fabrica Street but rather on Calzada and Luyano, but for some weeks its been detoured while Calzada is being repaired.

Corners of Luyano taken over by police and State Security. Neighbors gathering, talking of deaths. No photos close up. No signs of the press. Two hours later they haven’t taken away all the bodies. 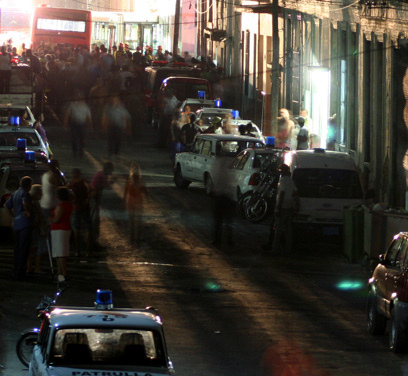 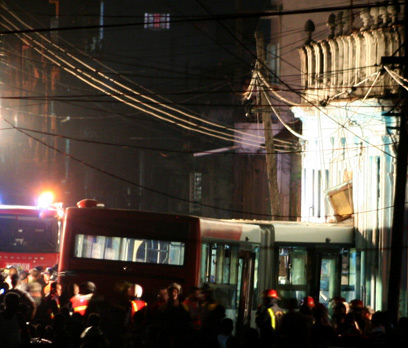 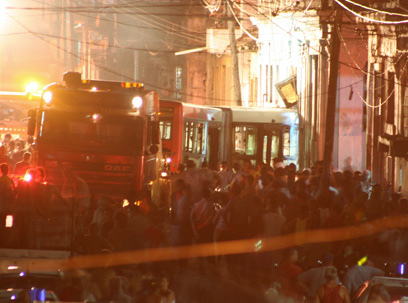 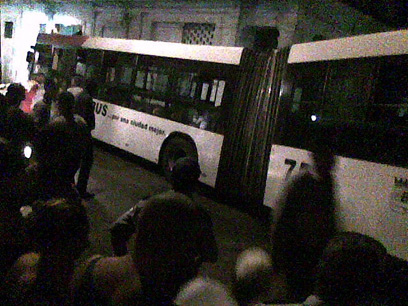 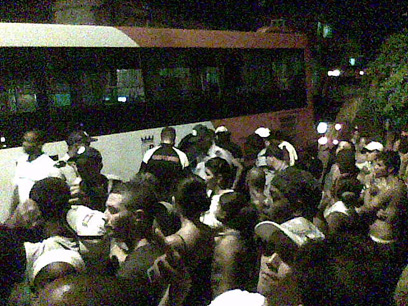 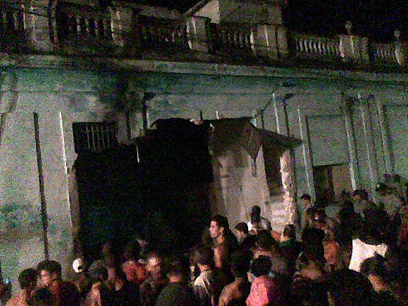 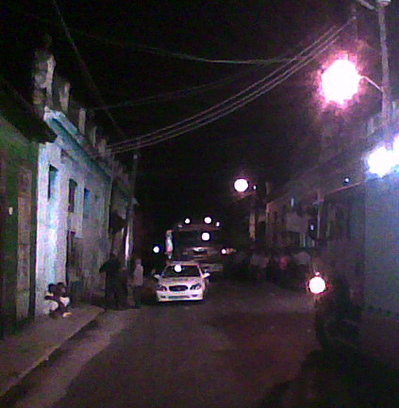 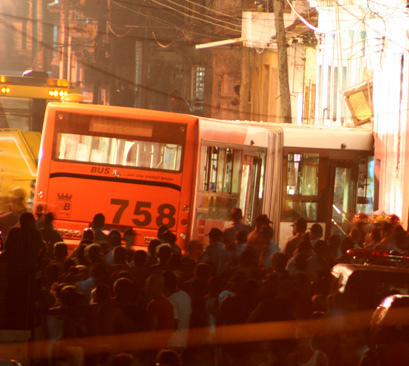 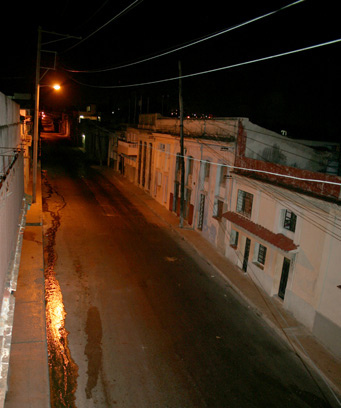 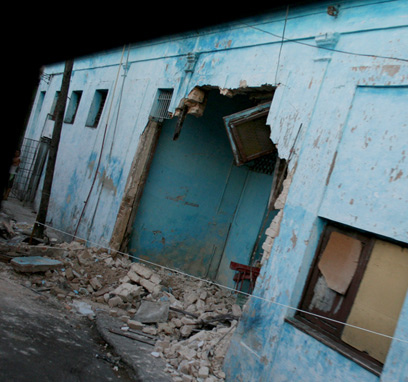 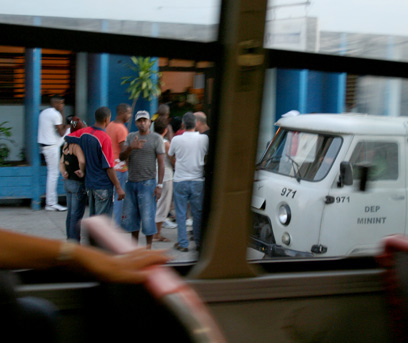 Today, Saturday, August 21, 2010, barely 12 hours after a terrible crash of a bus into bakery, the Luyano Mortuary is full of the grieving families and neighbors in the area, as well as abundant military personnel.