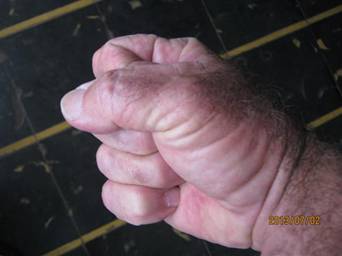 Since the very beginnings of the human history, the struggle for power has been an ever-present phenomenon. This “me first” mindset began with a tribal chief trying to hold onto it while someone else tried to strip him of it. It continued right through to the present day, passing through different phases — slavery, feudalism, capitalism, socialism — repeating itself endlessly.

There are always those who either hold power illegitimately or those who try to gain it illegitimately, whatever the cost. To achieve their objectives, they use words, ideas, concepts, categorization, projects, programs, tactics, strategies and, when necessary, even violence to marshal a majority of societal forces around themselves with the aim of strengthening their positions and quashing their opponents.

Cuba’s case is no exception. It began on October 10, 1868 when Carlos Manuel de Cespedes, considered afterwards the Father of the Homeland, tried to concentrate all military power (assuming the rank of captain general) and all civilian power (becoming president) in his own hands; this was not accepted by his constituents in Guáimaro, but throughout time it has materialized on different occasions, without excluding the present.

Today, one party and its leaders, with more than 54 years in the exercise of power, attempt to maintain it and a portions of the population, tired of this anomaly, try to displace them.

The change, that irremediably will happen sooner or later, could occur in a peaceful or violent manner, it will depend on the acts of the involved; although citizens might prefer the first choice. However, to achieve it high levels of responsibility and intelligence will be indispensable, so as not to get to extreme situations which could make matters worse.

In a new political scenario, where some sectors of the population slowly look to be gaining positions with the intention of dialog, although still with a great deal of fear, some old chants and claims, more of the heart than of reason, have lost their relevance and if they are brought up by any of the parties it will only be to obscure and complicate the solution to the national crisis.

No one is so naive as to pretend a unity that doesn’t exist, despite the propaganda, not even in the ranks of the government, where there have been multiple cases of the exercise of the dominant double standard, even by important characters who publicly make a big show of their position and in privacy defend another one.

Today more than ever due to the transcendence of the actual moment, in the opposition ranks they have to set aside the misunderstandings, personal and group quarrels, and perhaps one or more offenses and put their shoulders to the wheel in the elaboration and defense of a common position, which has to be sufficiently democratic to be accepted by all and sufficiently comprehensive and unbiased to be accepted by the government as well.

Only then it will be possible to find a solution that satisfies the majority of the citizens and even whatever minority, since no one should be excluded.

Now the proposals should be concrete and viable, leaving aside the highly manipulated history and, for that, is necessary that new forces that are created in the public arena, perhaps with particular visions of the paths to take and to set a precedent to the particular national interest. In the spotlight should be  responsibility and  intelligence, leaving behind the dogmatism, fanaticism and other isms that have caused so much harm.