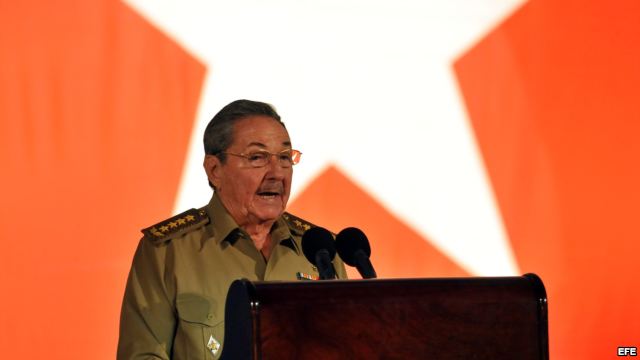 From January 14,We Cubans abroad are waiting and hopeful about the authorized departures from the country of several Cuban dissidents. It’s normal, and right, as is the solidarity with everyone facing a dictatorship that has shown that it does not believe in democracy. Although this seems to me part of the dirty tricks of the always suspect Revolutionary government that is trying, one more time, to divert our attention from the self-evident events which, from within the island, promise to become historic.

“The key element of social control is the strategy of distraction consisting of diverting public attention from important issues.”

Undoubtedly, with the entry into force of the so-called “Raulista” measures, certain individual freedoms have been gained by the Cuban people who — in well-known cases — could carry their speech a little beyond the computer screen; but within the island the repression is gaining strength, especially against those who can’t count on the good protection of the umbrella of the media and friends in cyberspace.

The national media spaces, Granma newspaper and National TV, continue to be gagged; the popular economy is in chaos, the street is a sad, decadent and empty showcase which highlights the bad taste imposed by the new rich; and citizen violence is reaching stratospheric violence, as it racism, apathy, disillusionment, and distrust in State institutions. Cubans on the island are tired of living a planned future.

The General-Boss, among many other things, fearing the influences of his older brother’s ghost, fortified his circle of power and isolating himself, becoming hostage to his own process of transformation. He tried to reformulate his new Council of State and it has been a big mess, discomfiting the military, politicians and police.

At this stage of the championship bout, with the absence of solutions to economic instability, it behaves like an equation that is directly proportional to the conspiracies and intrigues in the Party ranks.

The Cuban Communist Party (PCC) today is divided into power groups confronting each other. On one side is G2 (State Security) which has always plotted against him. On the other the anti-corruption crusade, with no echo in the royal household, increasing lacerations in the ruling class; and the first secretaries of the Party in the provinces, municipalities and workplaces assuring the future by pitching in in the present.

You only have to look within the country to see clearly that the upper level military are feeling fragmented into camps of the “favored,” “necessary” and “despicable.” All waiting for someone to offer them a good deal that allows them to maintain their accustomed lifestyle.

Any scenario is possible in such a crazy situation. General Raul Castro is losing even his shadow, and despite a ton of sweetening or coercive measures, he doesn’t rule even his own home, much less in the offices and corridors of the Central Committee which now is the property of no one.

That Raul is a loner is a fact; he knows well that to resign, or flee, is to confront his worst enemy: justice.