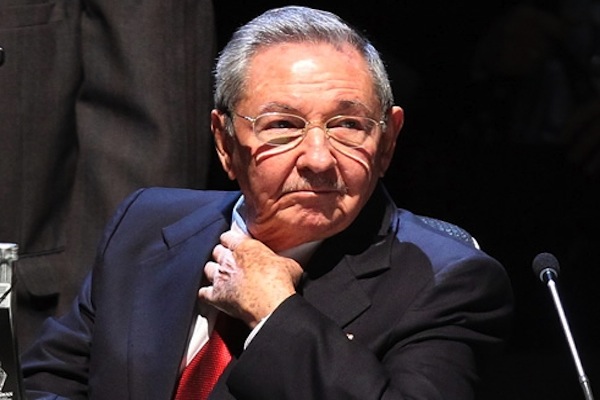 Raul Cast has the choice to either deepen the openings or go backwards. In both instances, he will have to face the consequences.

HAVANA, Cuba, January. According to Castro II, the General-President, the seven years he has spent as head of government have been, according to his own express desire, barely a “period of experimentation”, in which he has been forced to relax existing laws in an agonizing effort to “update” — not reform — a model that had demonstrated obsolescence since its inception.

At first glance, it would seem that we are in a continuation phase of the experiment that started in January 1959, and the period between July 2006 and December 2013 is just “more of the same” as some like to repeat. But there are certain details that dramatically change the setting, inconsistent with the intentions of the official plan and the results of the experimentation.

The fact is that the “Raúl” phase of the experiment surrendered the foundation over which Fidel’s revolution was erected (except, of course, the power of historical and social control mechanisms, such as the monopoly of the press, information and repression), placing us in front of a curious process of self-destruction of the system from which, subsequently, the same class would emerge at the helm, but in a different political system. We would be thus helping an “experiment” called sweeping the last remains of the paradigm of Marxist breath by the same class which imposed it, to reinstate a market economy, paradoxically intended to perpetuate the power of the supposed enemies of capitalism.

The Cuban revolution, characterized by a series of improvisations and campaigns, did not found an ideology that would sustain it in theory, or an economy that would support it in practice. At present, it appears to be moving towards an incoherent scenario in which the ruling elite, capitalist in practice, though with a socialist discourse, would cohabit with the governed, subsisting under “socialist” conditions in practice, but with capital as their utmost aspiration.

Between the two extremes, a “buffer zone” would be made up of a managing breed, dispensable if necessary, though privileged in power with broad economic advantages and committed to it. It would consist of managers of emerging sectors with access to monetary and material benefits – such as travel abroad — and by certain executives who have been creating a gastronomic empire under the guise of “partnerships” since the 1990’s, for example some restaurants in Chinatown and other areas, and by the new, rich proprietors who have been emerging from the elite cultural sector.

In retrospect, one can say that, for better or worse, Cuban reality has changed more in the last seven years than in the previous 20 by a combination of factors that, nevertheless, do not depend on just the will of the government, and stem from the urgent need for changes due to the structural crisis of the system with a bankrupt economy. These changes somewhat break the monolithic immobility characteristic of totalitarian regimes and create elements that weaken it from within.

This applies, for example, to the official program of layoffs in many industrial State centers, unable to maintain subsidies and the inflation of the plans, in addition to the authorization and extension of the private labor market — euphemistically called “non-State forms of employment”, and more generally” self-employment” — having undergone successive changes from its original constraints, which officials have been forced to adjust, between advances and regressions, due to pressure from the new emerging and independent sector, which consider themselves as workers who contribute to the economy and to the State despite the controversial and abusive taxation system and the numerous restrictions that hinder their prosperity and development.

Despite the slow pace of the program’s “update” and the many reforms that have been implemented, such as the distribution of land in usufruct — a form of leasing — to private farmers and successive concessions; the sale of homes, cars and other properties among individuals; the independent contracting of cellular phone service; the authorization to sell computers; the creation of an internet connection service, though riddled with surveillance checks and excessively expensive; the adoption of non-agricultural cooperatives and, most recently, the emigration reform and car sales by the State at absurdly high prices, among others.

The General-President has not managed to stop the deterioration or to advance the economy. He also has not been able to prevent the nascent exodus towards the provinces, featuring groups of self-employed who have begun to claim their rights spontaneously, and to express their dissatisfaction with the limitations of licenses and the repressive measures that restrict their activities.

In 2013 and already in the initial weeks of 2014 there have been several strikes and demonstrations in the interior, like the bus drivers in Bayamo and Santa Clara in 2013 and the small business owners who have carried out small strikes and demonstrations in several locations in Cuba — also in Santa Clara and Holguín — as well as in some municipalities in the capital, which are just a sample of the power of a private sector driven by interests that go beyond the frameworks of political and ideological commitments that can focus on rights that are eminently civic.

So 2014 could turn out to be an interesting and perhaps decisive scenario from many angles. After coming full circle, we should begin to notice the fruits of the government’s socio-economic strategy and enjoy some benefits, but it appears that the opposite will happen.

The government has the choice to deepen the openings and implement real reforms, or to go backward. In both cases, it will have to face the consequences. The “liberated” sectors that have begun to stir by themselves within a very limited space face the challenge to push and expand the gap. Meanwhile, the shortages within society are growing, there is increased repression, and discontent is growing. Maybe the General-President should consider taking a breather to meditate on the idea that speeding it up a bit would be healthy for all.