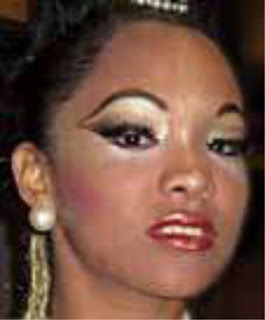 On May 30, 1893, Juan Gualberto Gomez wrote in the newspaper Equality: “It is not possible to predict that for the colored class on this island there will ever be present, in the future, more sad and painful situations than they currently face.”

Race and skin color have always been a constant in the battle of the Cuban nation. Supremacist thinking has never ceased to be present, trying to do the unthinkable by superimposing a supposed racial purity over the other components of the ethno-racial population.

From the early nineteenth century they tried by criminal practices, to exterminate blacks and their mixed descendants. They attempted to bleach and purify the blood not only through control of the immigration of Iberians with access to privileges such as the right to acquire land, with great guarantees and privileges. This project was led by José Antonio Saco, Domingo del Monte and Gaspar Betancourt Cisneros.

The latter, known as the Lugareño, a member of the racist aristocracy of Camagüey, did not fight slavery in any of the many articles he wrote, but called for a white Cuba for whites.

So did other anti-black Cuban icons, such as Felipe Poey, the anthropologist Luis Montane, Tomás Romay, and Carlos J. Finlay, who through science achieved a eugenics movement in Cuba not comparable to any other that has taken place in America.

Not a single Cuban scientist or anthropologist who adopted the Lombroso theory — criminality is inherited — as strongly as Fernando Ortiz, along with other current and similar studies that appeared in succession during the first twenty years of the last century, practices which he agreed with.

Many names and projects involved advocating for a supposed ethnic health by taking out blacks from the coloring of social Cuba. At first he experimented in prisons against blacks and helpless people, many without any family support.

Today the racial fusion  in distinct successions of racial mixing, makes the physical disappearance of blacks impossible. However, the idea of extermination is still flowing in the mind and conscience of many bearers of racism, which mainly based political power, using modern forms such as exclusion and invisibility with the marked purpose of denying their cultural and political contributions to convert them into non-persons using a sociocultural extermination.

A racism disguised by new expressions and publicly hidden supports multiple justifications, present in Cuban identity itself, expressed according to the moment and with stereotypes constructed from the sociocultural perspective, that protect the self-esteem of the discriminator through the pretext of outrage, that doesn’t exist from the personal point of view but in collectively constructed.

The rejection of blacks is present in the full range of Cuban society. Cuba remains stagnant with respect to the  inconclusive task of political, civic and cultural inclusion of black and mixed-race people.