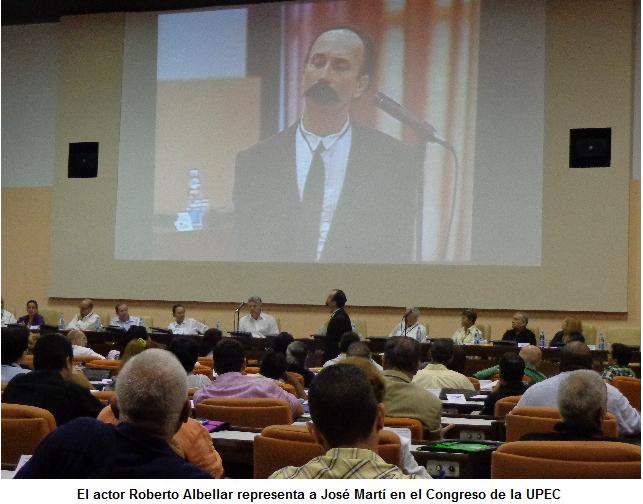 On national television, with great fanfare and bombast, they present the approaches of the IX Congress of the Union of Cuban Journalists (UPEC), the most useless group in the country, among the many unproductive institutions on the Island, which, for more than half a century, has bowed before the designs of the Castro dictatorship.

It’s not new that the news items are selected by the Ideological Department of the Council of State, then are passed on to the newspapers which publish them in their own way, according to the journalists that write them. It is also known that for any spot to appear on TV, it has to pass the censorship filter of the Commission that analyzes it, sending it on the Ideological Department, and waiting for the response.

Each radio program in the country, has a consultant who is responsible for reviewing the scripts and deciding what is acceptable to air and what is not.

With regards to the publishers it’s the same, in fact, for my books they’ve published they had to be award winners, they never accepted a book from me that hadn’t won a prize, as for my rebellious literature… but that’s another story.

I remember that with the writer and career journalist, Amir Valle, Tubal Paez Hernandez, President of UPEC, rejected his membership for being rebellious, and his testimonial book Havana-Babylon was snatched the Casa de las Americas Prize for its content of social reporting, which is supposed to be the main reason for being a journalist.

In the small spaces of “debate” in the IX UPEC Congress that have been televised, it was a shame to see journalists as if they were recent graduates, inexperienced yet feeling their way — and yet already with gray hair — saying with apparent naiveté, “that the revolution needs a more effective journalism, persuasive, aggressive.”

With these words, years ago, they were thrown out of their jobs without recourse, for not being politically reliable, stopped in their professional development, their social status deteriorating, along with their ability to travel, their salary, etc, in short, the Cuban “journalist” was crushed, humiliated, intimidated, made timid.

And now, to cover up these hard times, in this Congress they have been allowed to say  ridiculous things, like that the computers are archaic, the Internet connection is inadequate, as if they were asking for Christmas presents. They still don’t understand that they shouldn’t give us anything, that our intellect should acquire what’s needed, that our labor should be enough to earn us what belongs to us. But that will be for a tenth Congress, that — with any luck — we will hold in freedom, without a dictatorship, where we can, like journalists, writers, bloggers, chroniclers, correspondents, say what our conscious demands.