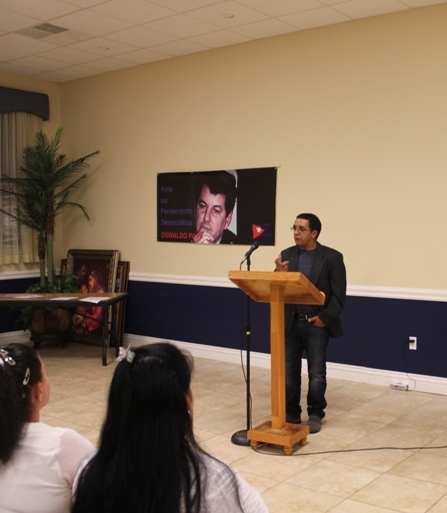 On Friday night, December 7 was a good opportunity to inaugurate the Oswaldo “Payá Sardiñas” Circle of Democratic Thought. In the evening I gave a reading of the most recent paper from the Cuban Christian Liberation Movement, and had the opportunity to publicly express myself on the current Cuban situation, speaking from my own experience.

Several activists of the Christian Liberation Movement (MCL) who worked with Oswaldo in Cuba and from abroad, talked about this thinking. The idea of Paya’s working door-to-door with Cubans made it clear that any gap left in the power of a closed system must be taken advantage of by independent civil society. To one of the questions from the audience to the panelists, Antonio Diaz Sanchez, from the cause of the Black Spring 75, expressed his opinion that the MCL’s work to develop the unity of the Cuban people built on the ideas of Vaclav Havel. 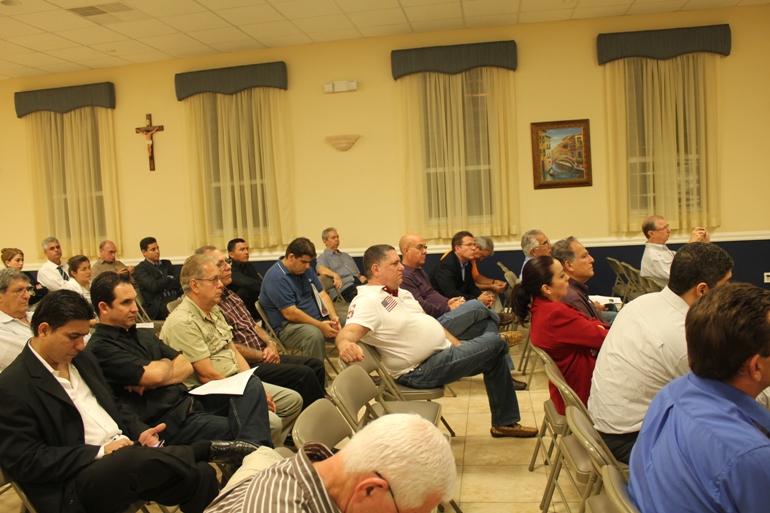 In my view the main currency of Oswaldo Paya drew on the sharpness of his own critics, his detractors in Cuba always suggested that Paya “was just collecting signatures; however, that action was one of the ways in which the MCL had the greatest connection with the people of Cuba. The decision of more than eleven thousand Cubans to express their discontent — and exposing their identity as they did so against such an oppressive regime — was only a shadow of what independent Cuban civil society could have done with a little more articulation and effectiveness.

The night was honored by the presence via telephone of Rosa Maria Paya, the daughter of Oswaldo, who spoke to those present about the different projects the MCL is still engaged in. Rosa Maria responded with clarity to a question about the investigation of the strange circumstances that killed her father and activist Harold Cepero Escalante and demonstrated that her youth and her commitment to fight for the freedom of Cuba will be a problem for the current repressive dynamics.

Family, and friends of Oswaldo Paya and a large group of former prisoners of the Cause of the Black Spring 75, three Ladies in White and some of the executive of the Cuban Democratic Directorate joined the tribute, a night whose work would have greatly pleased and encouraged the leader of the Christian Liberation Movement. 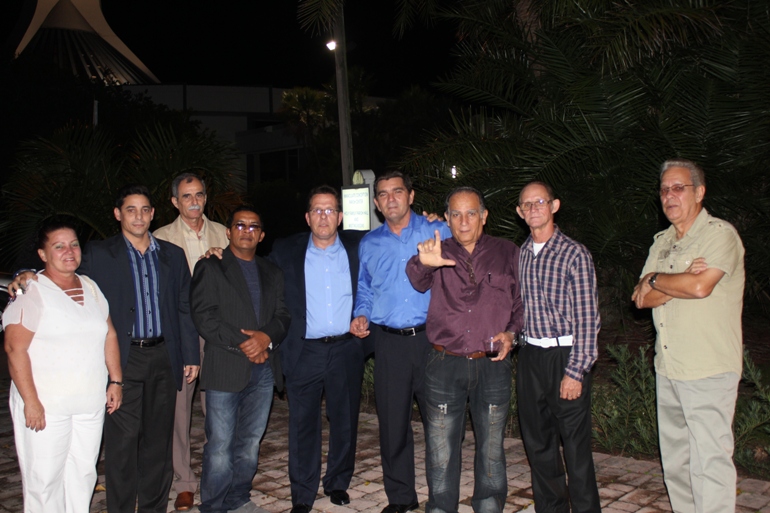