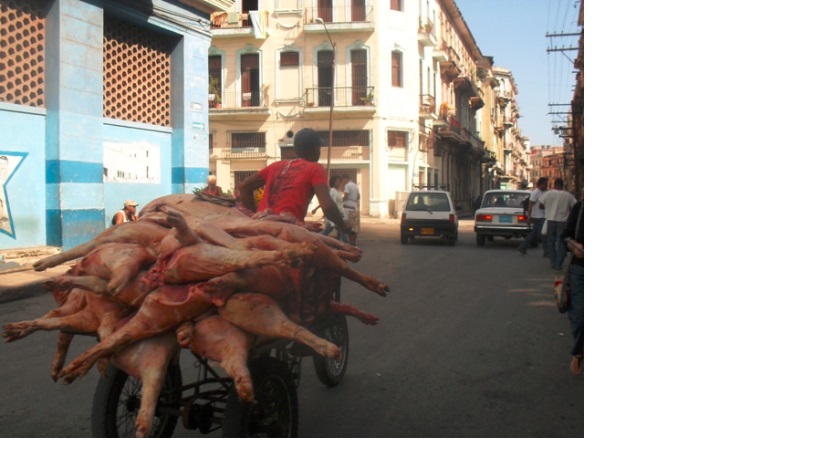 Wandering along San Lázaro Street, I encountered a man with a wheelbarrow. It was just when I needed a friend to move two bags of sand to the home of a relative. His human-powered vehicle was a hybrid of scooter and a wheelbarrow, constructed with huge roller bearings, but instead of four he only had two on the front; the bottom was a structure made from rebar covered with a kind of mesh used in chicken coops.

After agreeing on a price, we walked the seven blocks separating us from the site where they sold building materials. On the way, I noticed that his wagon wasn’t empty, but contained two objects difficult to define.

“And what have you got there?”

“Aluminum, to sell as raw material.”

“But what are those aluminum things?”

“Now they’re junk but they were gas meters.”

“Oh! I get it! Surely this is part of the plan to replace the old meters with newer more efficient ones… and how did you come by these old meters?”

“These aren’t old, they’re new. Can’t you see they’re aluminum. What happens is I smash them with a sledgehammer to make them unusable, and then they accept them from me as raw material.”

For a moment I ran out of questions, in fact even out of words. Finally we put the two bags of sand on the vehicle and retraced the seven blocks to the home of my friend’s relative. Before leaving I asked him,

“And what happens if the police catch you with the smashed meters?”