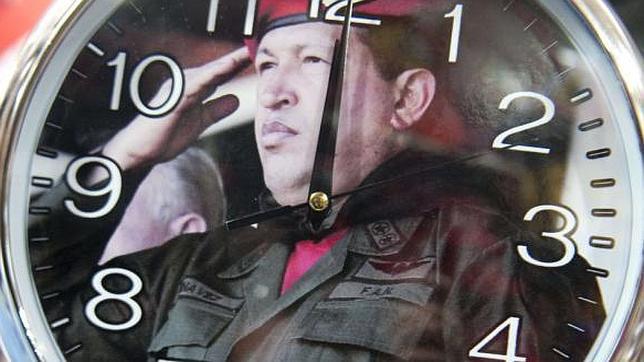 In the last few weeks, foreign reporters investigating the health of the Venezuelan president, Hugo Chavez, have been calling me. My response is always the same. Living in Havana, where the Caracas strongman is being treated for cancer, does not mean one has access to up-to-the-minute news.

The mystery surrounding Chavez’s health is evident. Without access to the internet, Cubans’ only sources for news are local media outlets—all official. They disinform more than they inform.

It is the opposite outside of Cuba, where there is more detailed information on the condition of the lieutenant colonel from Barinas. I often get updates on the Cuban-Venezuelan soap opera when I go online once a week from one of Havana’s hotels.

Or when my mother calls me from Lucerne, or friends call from the United States or other countries. But everyone knows that reporters are sometimes looking for a different angle. That is when they ask for commentary or analysis on the future of Cuba.

This is somewhat complicated given the lack of transparency of the military regime. But in Cuba we all wet ourselves any time someone tries to map out the future of our country.

Babalu worshipers, fortune-tellers, independent journalists and dissident politicians—we all read between the lines of the official news and believe we can sense what direction the regime will take. Cuba in the next five years.

We all seem to be emulating Walter Mercado.* We hope our predictions come true. Some believe that, after the Castros, we will have real democracy. Others are more pessimistic.

They think we will see something resembling North Korea’s Sung dynasty. Certainly, if we do not learn from the reforms carried out in the 1990sby some communist countries of Eastern Europe, we could end up being the perfect haven for recycled leaders who change colors abruptly and weave a tight web of associates and business partners.

There are several possible scenarios. Most people dream of a democracy with presidential elections every four to six years and numerous political parties, of a place where it is not a crime to criticize something, of abundant freedoms and a first-world level of prosperity that, with any luck, might transform us into a “Caribbean tiger” similar to the Asian tigers of Taiwan, Hong Kong, Singapore and South Korea.

They say that Cuban exiles from Miami and elsewhere in the world will arrive with capitalist experience and saddlebags stuffed with dollars to invest in the country. I hope so. I would certainly like that. But money from the likes of Fanjul, Saladrigas and Bacardí will not necessarily bring us the democracy for which we all hope. I would bet instead on our compatriots in the diaspora, those who are holding down two jobs and sleeping with visions of the Malecón dancing in their heads.

Bookish optimists would not consider it to be a problem if, the day after the departure of the departure of the Castro brothers, the island woke up to find itself penniless. Nor do they see a threat to a future democracy coming from the hundreds of military leaders turned businessmen who now wield money, resources and political connections.

Few in Cuba stop to think about how we will negotiate legal disputes over the debts owed to individuals and businesses who lost their assets when they were nationalized by Fidel Castro. “They will be paid with vouchers or something similar, and everything will be ironed out,” say some, who quietly predict that in 2013 we will see important developments in the life of the nation.

Optimism is always contagious. But when a foreign journalist asks me for an analysis on who the future leaders might be, my mind goes blank. He might well be a rabid Castro type like Balaguer in the Dominican Republic who, after the death of the dictator Trujillo, tried to pass himself off as a democrat. He or she might also be one of today’s dissidents.

International reporters like to mention names. The betting pools favor Yoani Sanchez, although in numerous interviews the blogger has stated that the president’s chair is not for her. It would not be bad if the future president were a woman. Except for Mariela Castro, I would vote for any one of them. There are the attorneys Laritza Diversent and Yaremis Flores, though in their own minds they don’t think of themselves as stateswomen.

Or Rosa María Paya! If there is one thing that Cuba needs, it is a feminine soul. We have more than enough testosterone. An any rate, it is not clear to me that the current leaders of the dissident movement—regardless of their gender —would be in a position to form an open, transparent and truly democratic government.

Within the dissident community there are so many egos and so much destructive posturing that it can provide little or no real help. If they could cast this aside and work in concert by adopting a common platform for the peaceful struggle of creating a democratic republic, it is likely that this dream of many will turn out to be more than an illusion.

In the meantime, we are still ruled by the Castros. And in addition to power and the means of repression, they also retain a plan for succession. But life often brings unexpected surprises.

Chavez’s death was not in Fidel or Raul Castro’s original script, but it could change the final outcome. For better or worse.