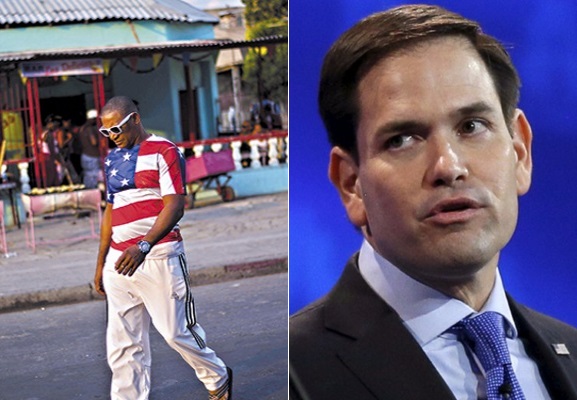 Cubanet, Luis Cino Alvarez, Havana, 31 October 2016 — My friend Marquito who has lived in Miami for fifteen years, has decided, as soon as he retires, to return to Cuba to live.

When he told me his plans, on the next to last day of my stay in Miami, after several whiskies and beers as we sat on the patio of a mutual friend in Miami Springs, I couldn’t believe what I was hearing. I thought it was a joke. Or pure drunkenness. But no. The man is serious. He has it all worked out. And is even trying to convince some of his friends to imitate him.

He said his American Dream isn’t going like he dreamed: that he is always financially burdened, that he can’t make it with the costs and the taxes, that he worked too much in jobs he didn’t like and that were below his professional abilities, which kills nostalgia, and he doesn’t want to end up in an asylum…

He explains that in Cuba, with the new circumstances created by the restoration of relations with the United States, he will get much more out of the 700-odd dollars he’ll receive from his pension when he retires at 65 (he’s almost 60). He calculates that in Havana, at his mother’s house in El Vedado, he will be able to live much better that he does today in Miami, where that money will barely pay the rent for the studio, a bedroom with a bathroom and kitchen, where he has lived in Hialeah since his divorce.

In vain I tried to convince him that this is nonsense, that “something,” which for me continues to be “this,” has not changed as much as he thinks, that I can’t imagine that after so many years he could readapt and resign himself to living without freedom after having known it.

He says, “It doesn’t matter, with money you can slip by, you’re indifferent. And when I’m really bored, when I need to oxygenate myself, now I can come and go, get a ticket and spend a few days vacation in Miami…”

He says he has met several Cubans who have returned to the country and haven’t repented it. When I tell him it’s really fucked to give the dictatorship arguments to say that most of those who leave Cuba go for economic reasons and not political ones, and that I am beginning to understand Cuban-American politicians I disagree with, like Senator Marco Rubio and the representative Carlos Curbelo, when they complain that some Cubans are blatantly abusing the laws of the United States, and especially the pockets of the American taxpayers, Marquito interrupts me and tells me not to get all heavy with the “freaking politics” and he asks me if I wouldn’t be happy if we got together “there,” like we used to, and talk and listen to music from the ‘70s. Now that he has reassembled his vinyl collection he’s bring it to Cuba and we’ll listen to it with much better quality that when we used to listen on those horrible Russian turntables.

I can already imagine the bitter and endless litany of lamentations and complaints about “this” that Marquito would repeat in these meetings of castaways. The same ones as fifteen years ago, before he left. When he thought he was being suffocated and that the world as we knew it, would crush him. Has he already forgotten that time?

Marquito joked and in the face of my dismay sang, closer to Charlie Garcia Carlos Gardel, the one about “return, with a withered face …” and “feeling that is a breath of life …” And then he got philosophical, and said: “It’s like closing a circle. Completing a cycle. That’s what it’s about…”

I still do not believe he was serious. I prefer to think it was a joke.