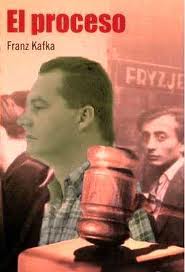 These days I have wandered with my lawyer through the “legal systems” of Cuba. The Castro brothers, who own the Birán estate that was previously their father’s, later extended the fence to the limit of the jurisdictional waters and converted the estate into Birania. They seized the rest of the nation and have “governed” it as if it were their personal fiefdom, by pure caprice and personal interest.

Back in 1994, they captured me for accompanying my sister to the coast to say goodbye to  her. After 14 months in La Cabaña prison (hell). I was acquitted and they withdrew the charge of “concealment” because I heard at trial that among siblings and parents this offense does not apply. The fact is that I suffered for that year and two months, with its days, hours, minutes and seconds. I should thank them for making me do time, because I matured earlier than I would have by my nature, education and environment. I always say that if God exists he sent me there because thanks to him I was able to prove myself through poverty, the suffering of Cuban youth, and the many tears that I saw fall in those cell blocks. I discovered that my vocation was to be a writer.

I devoted myself to writing in body and soul, and with a literature that highlights the plight of Cubans through the manipulated image that the “revolution” has made us suffer. My characters appeared, shaped into stories and books. These volumes were awarded the most coveted prizes, in spite of officials who tried to see a way of containing my ascent as a writer. Of course I suffered in 1992, when they took away from me the Casa de las Americas prize, according to the testimony of the jurors themselves. In 1994 something similar happened, and finally to run no risk, they decided to remove my work from any contests where there were awards. They also removed my work from portfolios, anthologies and literary events. That was my punishment, the price I paid for writing a critical story that was aggressive according to the dogma of the dictatorship. Honestly I never cared, I was aware it was my duty, and it’s impossible to resist your own nature.

I was visited by several intellectuals who told me to stop.

I don’t hide that I always had the need to write my opinion, my point of view, on the environment, on people I knew, their frustrations, desires, dilemmas, fears, horizons and all that could happen to human beings. I dreamed of writing in a newspaper, on a corner of the last page, but I also knew that was impossible, that with the Cuban system I never could, since all the newspapers are administered by the government, and any attempt to create an independent one is punished with the toughest laws.

On a visit to the Book Fair in the Dominican Republic, I learned there was something called a blog, and it was the closest thing to that little corner of a newspaper, however unimportant it was. I dreamed about posting. On returning I opened my blog. Immediately I was visited by several intellectuals who told me to desist; that was my first warning. I persisted. So I was removed from the Cubarte email, which was paid monthly, to prevent my connection with the rest of the world. I resisted.

After two months I was assaulted by members of State Security, who broke my arm. They thought that this reprisal would be sufficient. They never were more wrong, because by then, with the cast on my arm, I needed to double my effort to write more on the blog and to go meet other Cuban bloggers who offered me support. They staged several repudiation rallies at my front door. Sometimes I went by and greeted them, thinking they were CDR (Committee for the Defense of the Revolution) meetings. Then I found out they were against me, and my neighbors found a way, without being seen, to tell me they were there but had nothing against me and supported me, and they always justified themselves by talking about family, retaliation, etc.

The Prosecutor asked for the laughable sentence of 54 years in prison.

When they realized that blows would not be the way to make me give up, they brought accusations. The first was when I started the paperwork to go to the Word Festival in Puerto Rico. They had to avoid my attending at all costs, and the only way to do this was to bring a civil lawsuit to hide that I was being punished for my point of view.

They began with detaining me, saying I had knocked down a child with my car and I would abscond. The child, as I have said several times, luckily never appeared, nor did the charges. But the time of arrest was on the record.

Finally they manipulated my ex, from whom I had been separated for over two years. They accused me, without any evidence or witnesses, of so many things as if they had happened that perhaps they thought at some point of torment I might ask for mercy and promise to surrender.

The truth is that adding up all those years in prison, according to the prosecutor’s request, amounted to the laughable sum of 54 years (without including the other charges that they brought and then dismissed).

The prosecutor, anticipating how ludicrous that would look to international opinion, decided to “combine” the charges and requested 15 years in prison. For this they invented a “witness” (with acute neurological problems, who was a career criminal with more than 30 convictions, including theft, fraud, harassment of foreigners, etc..), and thanks to a hidden camera the truth came out and he showed the clothing they gave him and other gifts he had been promised, and invitations to dinners and swimming pools, all in exchange for a declaration against me.

When they learned about the video, because I gave it to the prosecutor, they accused me of “attack” because they made him declare that he had been threatened into making the video. Finally an expert showed that the man in the video was telling the truth. I suppose the complaint was not eradicated since I was never summoned to make a statement.

They worked in a feverish manner to make me submit.

Since then I’ve been waiting for the trial. After three years of being summoned to the Picota station at 100 and Aldabó, I can understand they are tired, bored with waiting for my submission, my incorporation into the fold. There is no shortage of advice; I always warned them that it wouldn’t happen, but they have so little capacity to understand that they worked feverishly to make me submit. Finally, from my first statements to what they are today, there are differences, they changed them, but what they didn’t imagine is that the first time they delivered the file I photographed every page, and you can see the rough work of falsification they did to incriminate me. Now they settle for keeping me waiting. My case is in legal limbo.

When I turned up with my lawyer at the Provincial Prosecutor’s, which is in charge of bringing my case, they informed us that my file was sent to the General Prosecutor of the Republic. We went to this office, which is located in Miramar. We were told it was sent back to the Provincial Prosecutor. We left the building and to avoid the trip, as we suspected the answer, we telephoned and were assured that the file had not been returned. Fifteen minutes after my attorney returned to the same office requesting that they get their story straight,  there was no choice but to inform him that my file had been delivered to Officer Ribeiro, at the Villa Marista (the seat of Cuban State Security).

After the information we headed towards Vibora. We stayed for two hours in the waiting room. They told us that the file couldn’t be found. And we had no choice but to return and continue to wait. In fact the “judicial laws” require that notice of any movement of the case file has to be given to the defense counsel. This step was never fulfilled.

In these three years I had to turn down 27 invitations from universities, festivals, book presentations and book fairs. Right now five of my books are being published in different countries. I think that’s the real punishment.

Anyway, I always say, we are the generation of children that nobody wanted, and if they gave me the opportunity to return to the time I opened the blog and caused myself so much trouble, without even thinking about it I would do it again, only with more emphasis.