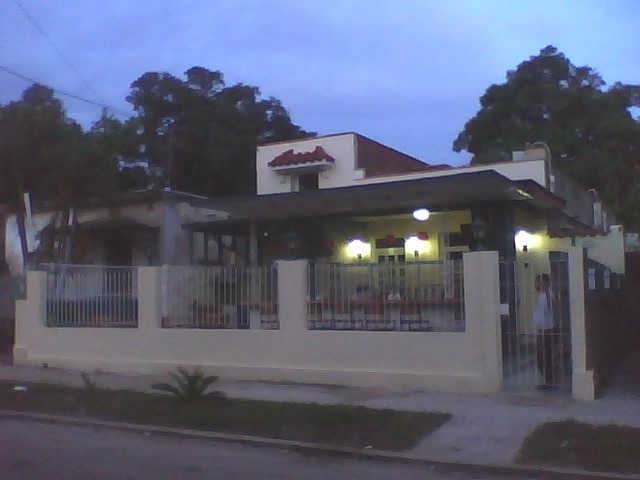 Yoel Martínez, guitarist and member of the duo Buena Fe, (Good Faith) bought a house facing the sea. He and Israel Rojas hired a brigade to repair it and convert it into a bar-cafeteria-restaurant, Melesio’s Grill, which opened its doors the public on July 12.

With that name, and with both musicians being from Guantanamo, many think they named it in honor of a family member, but that’s not it. According to the source, the 90-year-old actor Reynaldo Miravalles, whose granddaughter lives in Cuba and represents him, is the one who made the “strong investment” in assembling the business and chose the name in memory of his beloved character, Melesio Capote, who played in the telenovela “The Rock of the Lion” and who lives in people’s hearts. They say that in the few days since the establishment opened, the son of Carlos Lage has visited it — will a green jar be found? — as have foreigners and some members of the Anacaonas orchestra. There are also many who expect it to be a major sales success because the prominent Cuban actor will promote it from Miami.

Business hours are from 12:00 pm to 12:00 am every day of the week, the staff wears uniforms and there are two work teams directed by Israel’s wife; on one team is the daughter of Cuba’s former Foreign Minister Felipe Perez Roque. In addition, that assert that there are cameras everywhere to avoid costly mistakes. Two neighbors on the block live on-site: a cleaning assistant and a night custodian.

The locating of this private gastronomic center has generated great expectations among the neighborhood peanut gallery, in which they might expect to take a drink or enjoy a meal accompanied by some national entertainment celebrity. But the cheapest menu offering costs 5 CUC and already the neighborhood “roosters” resignedly assume that “this fight” is not theirs.

However, we wish the young entrepreneurs success in their business. To Miravalles, that the “mantel” of health will ways protect him, that fortune will rain on his life and his business, that abundant fruits will rain down in return for the good faith of his investment.