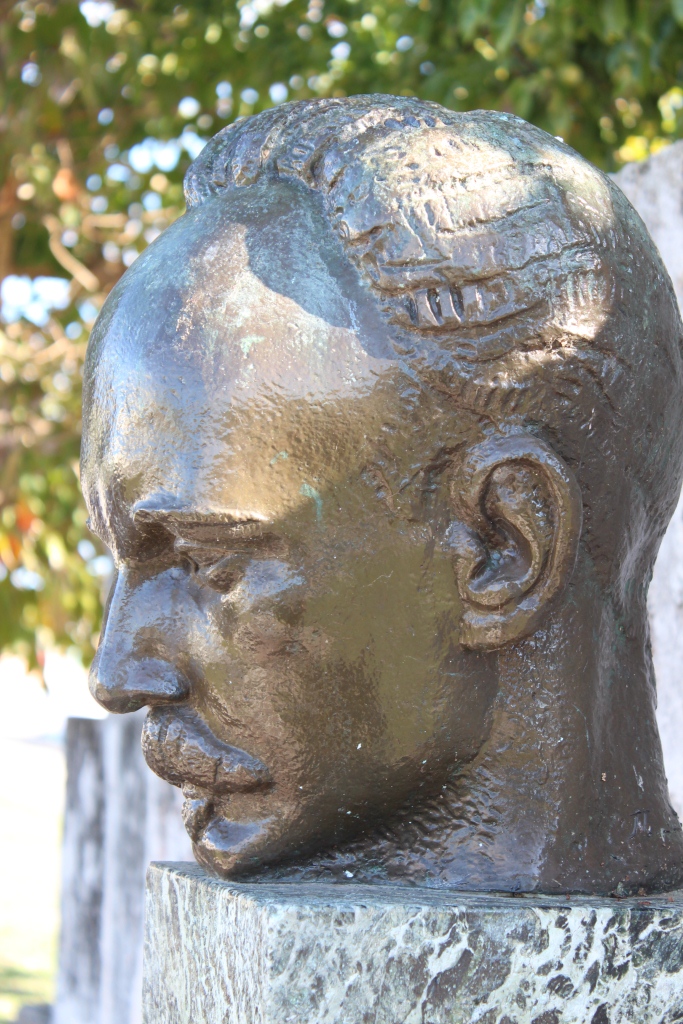 When one reads Raul Castro’s speech at the closing of the First National Conference of the Cuban Communist Party, something catches the eye, and it is the repetition of an idea that disturbs anyone who knows even briefly Marti’s doctrine, an idea already expressed on other occasions, without any foundation: to try to attribute to José Martí, a Democrat by nature, the conception of a republic governed by a single party.

I don’t pretend to be an expert on the work of the man we call “the apostle” — but I know it well enough — and I do confess to being the heir to something more important and essential: the ethics that governed his life. It’s true that that simple and proud man, high spirited, who died facing the sun “… brandishing a weapon he did not fire, against an enemy he did not hate…” — to paraphrase Lezama — conceived of the union of all Cuban revolutionaries of his time in the most transcendental creation of his life, which demanded nothing more than his titanic effort: the foundation of the Cuban Revolutionary Party, conceived to organize the necessary war. But to leave it at that would be to grab the wrong end of the stick.

It would be the first time in world history that a party was created specifically to direct a revolutionary action — before the Russian Bolshevik party, for example — and it was constituted in order to “… manage the united efforts of all men of good will, the absolute independence of the Island of Cuba, and to encourage and aid Puerto Rico.” This was the party founded in 1892 by Marti among the Cuban exile community in the United States, and it carried within itself, from its birth, the unequivocal germs of democracy.

The first sign: the Delegate, the job of the highest leaders — which he himself held during the remainder of his lifetime due to his great moral authority — should be subject to election every year, by secret ballot, and could be deposed at any time the Bodies of the Council acted to do so.

Beyond the intention of the Secret Statutes of the party, which governed the functioning and internal powers of its base Associations, Bodies of Council and the Delegate itself, the deeply rooted democratic nature of this organization in its strategic approach — a reflection of that ethic mentioned above — is evident in its projection toward society, its civic engagement for the future Republic, clearly stated from the very formulation of the Rules of the Party, in its Articles 2 through 5, and established as it purpose [which are offered here in full for the reader otherwise unacquainted with them]:

Article 2. The object of the Cuban Revolutionary Party is not to thoughtlessly plunge Cuba into a hasty war, nor hurl it at all costs into an ill-disposed and inharmonious movement, but to organize, in accord with all the active and honest elements willing to join, a short and noble war directed toward assuring in an atmosphere of work and peace the happiness of the island’s inhabitants.

Article 3. The Cuban Revolutionary Party will assemble the revolutionary elements in existence today, and will collect, without immoral compromises with any man or nation whatever, all the additional elements possible, resolving to establish in Cuba, by means of a war waged with republican methods and spirit, a nation capable of assuring a durable happiness to its children, and of fulfilling, in the historic life of the continent, the difficult duties determined for it by its geographical location.

Article 4. The Cuban Revolutionary Party does not propose to perpetuate in the Cuban Republic, either with new forms or with changes that are more apparent than essential, the authoritarian spirit and bureaucratic composition of the colony, but to build, in the frank and cordial exercise of man’s legitimate capabilities, a new and sincerely democratic nation able to defeat, through the order that stems from meaningful work and a balance of social forces, the dangers of sudden liberty in a society built upon slavery.

Article 5. The Cuban Revolutionary Party does not plan to take to Cuba a victorious group of people who consider the island their prey and dominion, but to prepare, with all the effective means permitted it by freedom abroad, the war that must be fought for the integrity and welfare of all Cubans, and to give all Cubans a free country.

The idea was very clear: in preparing for the Revolution of emancipation and later in the convulsion of the armed struggle in the jungle, a single party, a single fist against the colonizer Spain; but once the war was won, independence achieved, in the triumphant Republic conceived “… with all and for the good of all…”, the plurality of the human spirit. “Whomever undermines a right, cuts off the hand…” prayed the man who died without hate; so upright was the Maestro in defending the rights of others.

But we were not speaking of Marti alone in 1992, but of the man eight years younger, still almost unknown to the generals of ’68, with a dignity that would distance him for years from those great characters, Maximo Gomez embedded in that ambitious and failed plan of 1884. Some treasured words: “A people is not founded, General, like one orders an encampment…” Words that seemed written in tears despite their firmness, making it very clear that he could not, even in thought, according to his own words, “… contribute one iota, for blind live of an idea to which I am giving my life, to bring to my country a regime of personal despotism, it would be most embarrassing and unfortunate than the political despotism it now supports, and more severe and difficult to eradicate, because it would be excused by some virtues, established by the idea embodied in it, and legitimized by the triumph.”

Of course that is not all, but one thing I do pride myself on is having read Martí, and at least humbly knowing that in no work about his political ideas — paradoxically rare in published books, but rather collected through his meticulous work as a collaborator on Latin American publications, speeches and correspondence — does the Maestro suggest that a Republic, let alone that for which he died in Two Rivers, should have single party rule.

To suppose that Marti could even have thought of instituting the Cuban Revolutionary Party as the only legal alternative in the Republic for which such diverse blood was shed — white and black, poor and wealthy, Cuban and Spanish — would be to ignore the very essence of Martí.

I bet my two hands and challenge anyone to cut them off at the root if you find the words — not quoted out of context or the occasional phrase, but the inexcusable thought — that man in his context, his greatness, that he was willing to say unequivocally, much less in the sacred name of the Fatherland, that he would override the right of man to dissent.

Had Marti thought it — a master of language that made the sentence fit the idea as the sword its sheath — he would have said it with a crystal clarity, with no room for ambiguity, especially knowing every day he was in danger of giving his life for his country and his duty.

Ascribe to whomever you want to ascribe the idea of a single party in the Republic but never to Jose Marti! Not that patriot of enormous spirit, capable of reducing all the glory of the world to a small but fertile grain of corn, not the enlightened man, sincere and universal, who never tried to crush the rights of others to defend his truths. That is a sad task of pseudo-men and Pygmies, who have reserved it for history for the miserable and wretched of petty small hearts, among those who never had, for the pride of Cuban rights, this paradigm of human dignity.