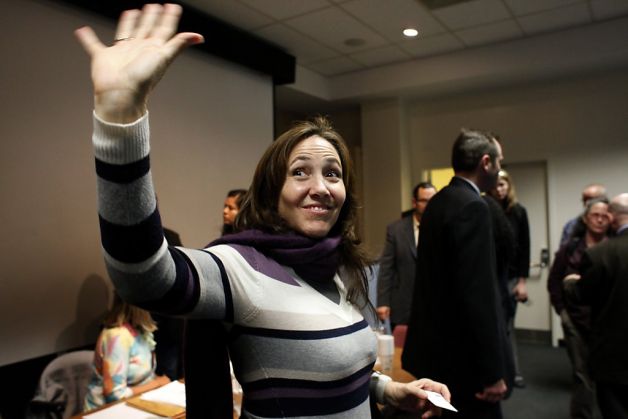 Havana, Cuba. This coming February 3 will be the right time for another Castro family member to ascend to the Cuban parliament.

This time turn it is the turn of the sexologist Mariela Castro, current director of the National Center for Sex Education (CENESEX). An institute that has tried to distinguish itself with its uncertain efforts at the forefront of Latin America in the struggle for community of Lesbian, Gay, Bisexual and Transgender people (LGBT).

For years Mariela has participated in every session of parliament without even belonging to it, and for years it has been the institution she directs that is charged with reforming with its group of advocates, on more than one occasion, the current code of the Cuban family to submit to the conclave of Deputies for its approval.

Approval has never been possible because of the existing institutionalized homophobia on the island. An example of this government’s homophobia is the last session of parliament’s rejection of the bid made by CENESEX to change the current family code. An amendment that recognizes the lawful union of two persons of the same sex amongst other things.

Before the end of 2012 Mariela Castro testified before the media that her father approved of and supported the work she has been developing for some time. Statements in which she also claimed that before the end of that year the new family code would be approved by parliament. Promises and discourse that were never met.

We are not aware if Mariela Castro had been proposed for this level of government in the past, but the mere fact that in this upcoming election she emerged as a candidate puts us on alert for a plot in the Cuban parliament to accommodate the wishes of the father of the whimsical girl, a father pleased with the delivery of the Cuban LGBT community as a toy.

The mere fact that the sexologist is elected, gives certainty to the fact that is is the strategy of this Cuban woman to put a vote in the next session amending the Family Code, which could   result in the approval of Parliament not because of its own will but because of the force exerted by the presence of Cuban President’s daughter.

Only with Mariela herself in parliament could the desires of the little darling be realized.

If she is not elected on Feb. 3 elected, I have no doubt the girl will throw one of those fits she’s given to, she won’t talk to anyone and those who work with her will really catch it. Things that those who work under her direction are used to.

It would be curious to see her rise before the parliamentarians when she asks to speak, and in one of those moments when she has not achieved everyone’s consent, take off her shoe and throw it at anyone within reach, an event we are used to seeing when she throws insults against anyone who disagrees with her thinking.