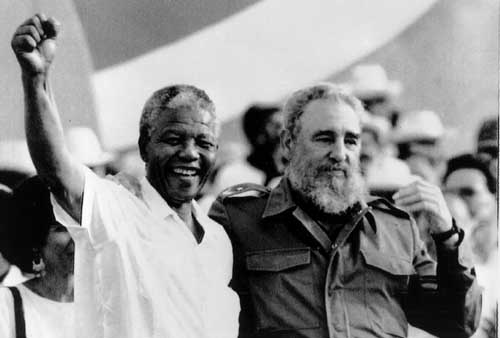 I always assumed, out of respect and ethics, not to speak disparagingly of the dead. This time I will not. To this I will turn to a literary level suggestion. Nor will I agree to see the stains on the sun, when this African leader has filled pages of heroism for his pacifist stance toward which belonged to him in his own right, and which he demanded for his people; but trying to be consistent with our actions and thoughts, I remember I wrote a post of respect and sorrow to suffering Madiba, because he had not wanted to look at the pain of the Cuban people, and publicly assumed friendship with Fidel Castro, and his sympathy for the “revolution”: “I am a loyal man and I will never forget that in the darkest moments of our country in the fight against apartheid, Fidel Castro was on our side.”

He was also a friend of Saddam Hussein and the then head of state of Libya, Muammar Gaddafi (whom he awarded the highest distinction in South Africa, the Order of Good Hope), which he justified by saying: “I do this because our moral authority dictates that we can not abandon those who have helped us during the darkest moments in the history of our country. They provide us with both resources and instruction to struggle and win. And those South Africans who have scolded me for being loyal to our friends, can literally go to hell. “

We must not fail to recognize that the struggle in Angola, particularly the Battle of Cuito Cuanavale, helped crack the racist regime of South Africa in the last century, hence it is not wrong to say that Cuba influenced the defeat of apartheid, and consequently in the release from prison of which was later the first president democratically elected by universal suffrage in that country, which from that point of view, justified his gratitude to the Cuban leader and his dictatorship.

But ignoring the pains of Cubans and being a personal friend of the tyrant, will be one of the great contradictions that history may be responsible to explain, or make us understand. Arguments may then validate his attitude, particularly when he openly criticized Sani Abacha, a corrupt and brutal Nigerian dictator in the 90s.

What is certain and less understandable is that during his visit to Cuba, just to be consistent with his history and consistent with his thinking, he should have demanded the release of political prisoners and, in particular Mario Chanes de Armas, a former fellow soldier of Fidel, considered the world’s oldest political prisoner, who surpassed, at the time of Mandela’s visit, the time of imprisonment suffered by Mandela. However, he sank into the embrace of totalitarianism, something against which Madiba had fought and risked his life for.

Hopefully one day it will come out into the open, away from the grateful man, his real thoughts about the dictator Fidel Castro, and his decision to keep his criticism silent, because I refuse to think that a man of such magnitude, as was Nelson Mandela, has been honest and approved a process which is devoid of the slightest democracy, going in contradiction to his thinking and way of being: “I do not want to be presented in such a way that whitewashes the darker parts of my life”, he said. So God has taken him to that place which has been earned, and the Cubans too. 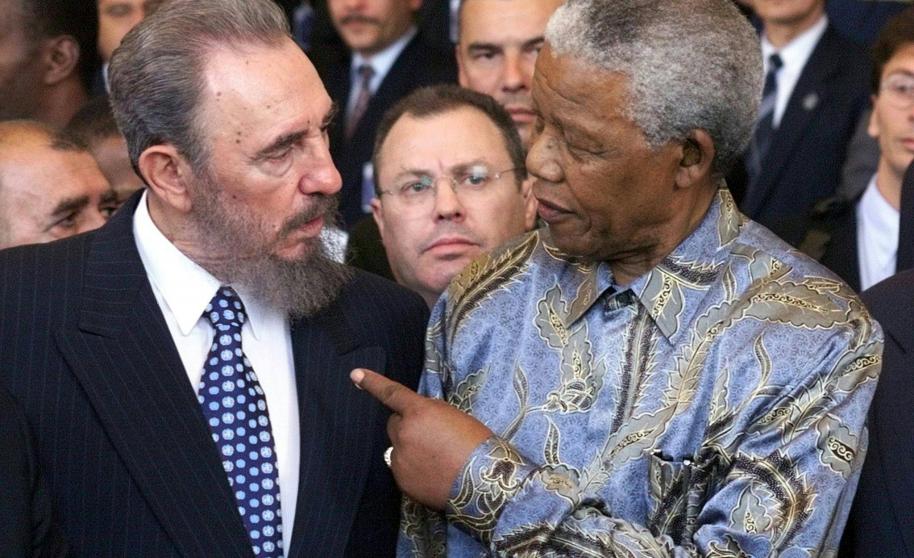 “Real leaders should be prepared to sacrifice everything for the liberty of their people”.

“To be free we must not only get rid of the chains but to live in a way that respects and enhances the freedom of others.”

“It is the duty of journalists to examine and bring to light the conduct of public figures”.

“If I am your leader, you must listen to me. If you do not want to listen to me, what you must do is abandon me as a leader”.

“To be free is not only free from one’s chains, but to live in a way that respects and enhances the freedom of others”

“When I left the prison that was my mission: to liberate both the oppressed and the oppressor.”

The great reality, in which must those who supported him and his critics must agree, is that with his continuing struggle he managed to free his people; being selfish, he was interested in nothing else other than the welfare of his own.

Editors note: Difficulties with the internet of our contacts in Cuba have been the reason why this post comes so late and when Mandela is no longer the “theme”. These are the same difficulties which I have mentioned in connection with the allegations published by Dania Virgen García on Cubanet on harassment and threats against Ángel Santiesteban which he has not bowed to.