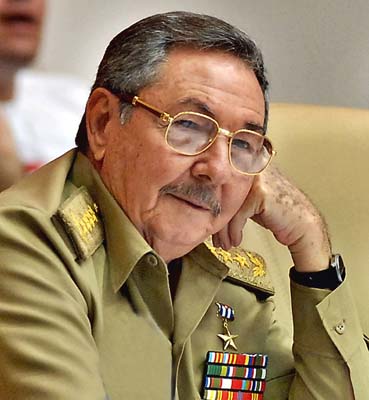 To: Raul Castro Ruz
President of the Councils of State and Ministers
First Secretary of the Communist Party of Cuba

At age 35, the person who is writing to you dedicated his youth and the highest part of himself to the Revolution. I had heard from Fidel and you that we should seal an unconditional commitment to the truth regardless of consequences; it was a question, we were told, of putting the truth above all. That student writing you was at his door in the early morning, on the Sundays in the micro at the foot of the foundations, in the campaigns in agriculture, in the youth marches in Havana; that young man who didn’t hesitate to surrender when he believed it necessary, who when he graduated started to receive less than two dollars a month salary and never faltered.

But years passed and we came to May 2005; then Fidel announced that there would be an “increase” of $ 48.00 pesos (less than two dollars) in our monthly salary as doctors, which was perceived as disrespectful by most of our workers. Since I have the precept to do at all times that which is right and proper, I thought it ethical at that point to convey to our minister the opinions generated by that decision among my colleagues. The story that followed I will not repeat it because you should know from the first of three letters I have sent you that remain, today, unanswered.

This is where I ask, with all due respect, President: how is the serious fact of permanently barring two doctors from practicing medicine for more than five years for having sent that to that minister, consistent with your discourse about our right to express ourselves freely? Are we perhaps vulnerable to the law when together, as a group of workers, we address the ministry to which we belong? What relationship did this teaching have with my deserving an arbitrary separation from my Internal Medicine Residency? Is it immoral to aspire to live honestly on wage emanating from my effort? Is there anything established in our Penal Code that says the exercise of discretion as a crime? Is it not, however, illegal for political and administrative officials to threaten and coerce two workers, even in the middle of their workday? Is it not illegal and immoral to lie and alter documents to legitimize this outrage against us, applying also a Ministerial Resolution attesting that there were harmful events involving a patient that never happened? Is it not a colossal atrocity that the Chief of the National Union of Health has personally conducted these shocking meetings to expel from the NHS two of its own members for having addressed their minister?

You will notice that among the arbitrariness I do not mention my expulsion from the Communist Party because I believe that this is the only point that can not be disputed. As the party is a political entity no one questions its right to deprive someone of their membership if it considers that he broke from the line; I only consider it questionable whether the expulsion was applied instead of the separation – terms conceptually distinct – when I committed no immorality not incurred any act of treason, because there is no treason, but on the contrary, in speaking honestly. But this decision, obviously partisan, to suspend my Residency in Internal Medicine and then impose an administrative penalty – indeed, the most extreme – goes an enormous distance. I just hope no one offends my intelligence by ensuring that the Party had nothing to do, it was all determined at the union level – as that would be the great atrocity – and decided in the leadership of MINSAP, when it is a discounting of reality that all was what the party ordered from the highest level, then occupied by Fidel Castro.

Today I do not intend to question the sincerity of your promises to implement the major changes that we Cubans urgently need under your rule, as this is something that will be confirmed or denied inexorably through time and, therefore, is beyond the scope of the present and even my personal potential. It will not be I, but History, who judges it. But yes, it is clear that one cannot speak of freedom consistent with outrages like this, that sincerity is not asked a people while it is gripped with the fear of such abuses, as there can be no democracy where the free exercise of discretion is punishable, that it is not consistent to speak of ending impunity it the untouchables committing such abuses of power are protected; it is not possible in a State of Laws that someone is punished brutally for something they did with the full support of the Attorney General; in short, one cannot claim justice when one knows of abuse and permits it, and even less when the power to redeem it is in their hands.

Mr. President: you can repair in part the outrage on our dignity. I say only in part, because there will always be a dose of human and family suffering that no one can erase after an experience so disturbing, because even going back to work today, how can we get back five years away from the profession we love? How to erase the memory of those dark days in which we are judged publicly for something we didn’t do? Who will pay for such brutality, for the defamation, for so much unpunished despotism? You have the power to end today this injustice and from the moment you know it and, having the power to do this, do nothing, you also assume some responsibility in this barbarism.

Unable to live on the margins of my time, what I was yesterday, I was for Fidel and for you, as I am today, and as I will be tomorrow. As the rest of my generation, in no small measure you shaped in me – is not something hidden – concepts that today, however, I am seriously rethinking also thanks to you. I was always consistent with the faith that moved me at all times, but when I tried to be so in regard to this truth, I was not allowed to be. Personally I regret how incisive and harsh these words are, and yet, despite everything, I keep my heart safe from hate, but I can not simulate and say what I think; believe me, the reality was always more painful than any words. It was not me who lied, it was not me who simulated, it was not me who altered the truth and swindled the workers to get out of the difficulty; among those infamous who did lie the traitors will have to be sought. They fear the fugitives from the truth, I am only an honest man and I live at peace with myself.

Thank you for your attention: