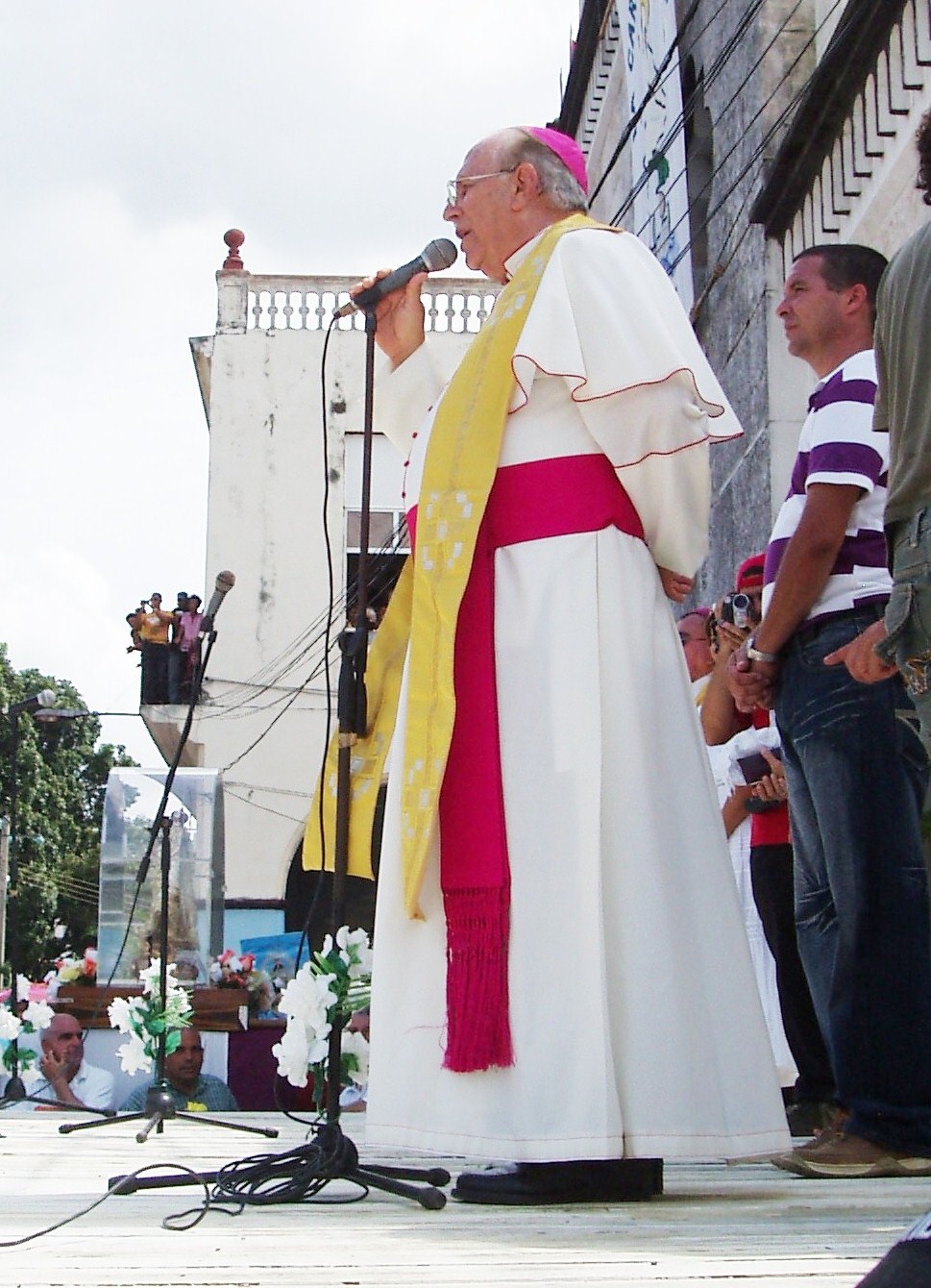 Last October 2, during the passage of the image of the Virgin of Charity through the municipality of Guanajay, I had the opportunity to listen, with my family, to the words spoken by you to the people gathered there to show their respect and veneration for the Mother of God and Patroness of Cuba. On the afternoon of that day, at the hand of Bishop Jorge Enrique Serpa Pérez, Bishop of the Diocese of Pinar del Rio, I visited Our Lady’s Hospital “Jose Ramon Martinez,” which was my place of work until April 2006, when I was suspended from my residency in internal medicine. Six months later I was disqualified from the practice of medicine in my country for an indefinite time, along with my colleague Dr. Rodolfo Martinez Vigoa. It was enough to channel the opinions of 300 employees regarding our pay to the then Minister Dr. José Ramón Balaguer Cabrera, to be artfully separated from the National Health System.

In exactly in the same place from which the Bishop addressed the audience in the lobby of this hospital, telling them to love and venerate the sanctity of the Virgin, five years earlier on April 24, 2006, instead of listening to a message of reconciliation, they launched scurrilous insults. That day, before a crowd of ashamed workers, my colleague and I felt on the backs of our necks the breath of the officers of State Security who were guarded our backs, as part of a spectacular display of the political police.

In the middle a summary trial, the inquisitors lied to our faces to accuse us of something we never did. That shocking series of meetings, which lasted a whole month through dozens of health centers, was organized and led by the Head of the National Union of Health and the Provincial Party First Secretary, always accompanied by the Provincial Director of Health and a representative of the State Council.

But to detail this story of abuse would take time. All the essentials of the case and the long series of negotiations that followed that atrocity and I let you know in a previous letter in October 2010, and they also can be found in “Citizen Zero”, the blog in which I manage to denounce this injustice.

I am writing now to let you know that more than a year after that negotiation before You, everything continues as usual. Suffice it to say that after five years of abuse, my partner and I continue to be indefinitely ineligible to practice our profession, despite having continued, unsuccessfully, to target the central institutions of our country, repeatedly presenting documentary evidence proving that we are innocent of that of which we are accused, which separates us from our work, and as this happens the guilty remain unpunished.

Your Eminence: Because you are an ethical man I write these lines, and do so in the midst of unprecedented circumstances in the political process that covers the last half-century of the Cuban nation. I am among those who believe in the sincere intention of the Church which you represent to intercede for the oppressed in this crucial time. For beyond what lies behind the intentions of the Cuban government, whether genuine human motivations or plain political pragmatism, the place of the Church is, because Christ wanted it so, to join with the dispossessed and the weak, for this is the only way to take an ethical stance and be consistent with its doctrine.

In hopes of your help and understanding: