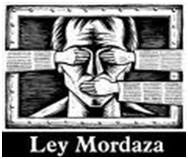 In the second half of April 2003, 75 dissidents were arrested and sentenced after summary trials. These cases were processed under Law No. 88, “For the Protection of the National Independence and of the Economy of Cuba.” The dissidents received sentences varying between 6 and 28 years of imprisonment. Internationally, these events were called “The Black Spring of Cuba.”

According to article 2 of this law (also known as “The Gag Law”), it has a special character and takes precedence over other criminal laws adopted prior to it. This gives rise to a suspicion: How do the authorities decide whether to apply this law or the Penal Code (PC) when both pieces of legislation deal with the same types of crimes, have equal rank and serve the same objectives?

The decision of which norm to apply is left to the discretion of the public prosecutors and the judges and depends on the political will to imprison a person who could not be found guilty if judged under the PC. Meaning that his or her conduct does not fall under any of the definitions of crimes established in the PC.

From both a technical and legal point of view, the elements of the crimes described in “The Gag Law” are formulated vaguely and are designed to sanction any behaviour that, according to the authorities, supports or facilitates the disturbance of the internal peace, seeks to destabilise the country or to destroy the “Socialist State” and the national independence.

In contrast to it, the PC describes types of behaviour that violate or pose a threat to the public life. From this point of view it is the damage to the society, whether potential or actually inflicted, that determines what type of conduct ought to be sanctioned criminally. This means that all citizens are involved in assessing the severity of a given circumstance, precisely because they are the ones affected by it. The judicial system should thus protect the citizens instead of repressing them.

It is inadmissible to make use of the criminal law in order to subjugate citizens and to impose a certain ideology. In other words, the rejection of a given philosophy (communist, liberal, etc.) is not an adequate argument justifying a sentence. There has to be damage to the society.

The punishment of the 75 opponents of the regime, sentenced in accordance to Law 88, showed how its existence serves to legally justify repression under the cover of an alleged public interest. It’s selective application intensified its effectiveness as a warning to others. Indirectly, the regime influenced the rest of the dissidents within the country. It demonstrated its power as well as the lengths it is willing to go to in order to preserve it.