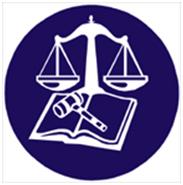 Cubans have a constitutionally recognized right of association. But it is necessary to distinguish between constitutionally endorsed rights, and state recognition of the legal status of an association as an entity capable of assuming rights and obligations. That recognition is what enables an organization to exercise its legal capacity.

In Cuba, associations are formed in accordance with the requirements of the law. The Law of Associations (Law 54 of December 27, 1985) and its regulations set out those particulars, and once an association complies with them, it is recognized as a legal entity.

Nevertheless, for an association to come into existence, first it is necessary for the entity to be formed, and second, it must receive state or legal recognition. The first step is linked to the will of those concerned, to the act of a group of people coming together to achieve a goal, or setting aside some asset to accomplish a particular purpose.

The law does not impose any requirement that future members of the association show their intention of creating the same thing, it does not require that they demonstrate their willingness in a public writing, following the norm.

The second point refers to the fact of legal recognition, which is the last stage, the registration of the legal entity. Its legal existence is accredited with the certificate prepared by the Registry where it is issued (Article 18 of the Associations Law), which indicates the purpose of its registration. The legal system will not recognize any group as an association that is not listed in the Register of Associations.

To be legally constituted, the group needs the authorization of a state body, which requires an investigation of legality and appropriateness. The permit is a discretionary administrative act issued by the administration (Ministry of Justice) at the request of a party, in this case, of the founders or group of people interested in fulfilling a societal goal.

The law allows associations only for certain purposes: scientific, cultural, artistic, athletic, friendship and solidarity, and any others that promote goals of social interest. The formation of political organizations is implicitly prohibited within the constitutionally-sanctioned single-party system.

It excludes social and mass organizations, churches or religious associations, agricultural production cooperatives, credit and services cooperatives, and others (Article 2).

The State recognizes the validity of the goal and the opportunity that arises from an independently functioning entity in the life of society. It evaluates the entity’s social, non-profit aim. Among the necessary elements it takes into account is its social legacy, which becomes the most important element for its constitution.