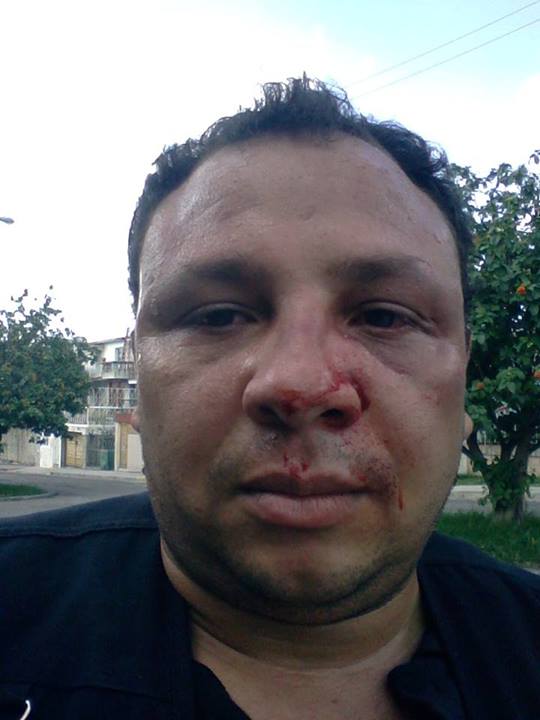 Independent journalist Roberto de Jesus Guerra Perez was beaten on Wednesday, 11 June by a regime partisan. Guerra Perez uploaded a photo to his Facebook account where he appears with contusions on his face.

Guerra Perez is director of the Information Center and Prensa Hablemos (Let’s Talk Press), and in days past had warned about the threats that he was receiving daily. Perez made public the detentions Monday morning of journalist Mario Echevarria Driggs and journalism student Yeander Farres who receives training at Let’s Talk Press.

The independent reporter and director of Palenque Vision, Ramon Olivares Abello, was beaten on 31 May by a “State Security collaborator named Fidelito,” his wife told Martinoticias.com from the city of Guantanamo.

The director of Let’s Talk Press, Guerra Perez, added a brief message that the known dissident Martha Beatriz Roque Cabello also had been beaten on leaving her house on Wednesday.

The telephones cut off by Cuba’s only phone company (the state-run ETECSA), short but continuing detentions, beatings and death threats seem to be the messages that the regime sent to non-conformist Cubans at the same time that the Vice-President of the government, Miguel Diaz-Canel Bermudez, insists that the official press should be “more transparent.”