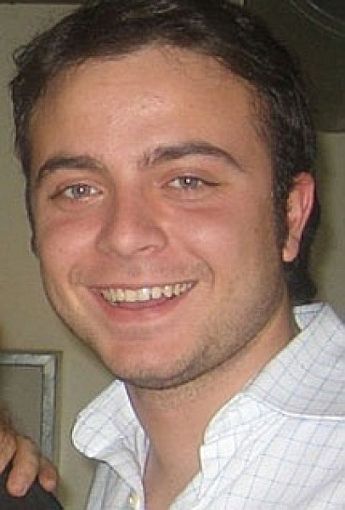 I feel like I had a couple of days stolen from me last week. I remember staying up all night on Monday, leaving for the parish of The Savior of the World where the wake for Oswaldo Payá was held, and from there the hours run together. I don’t know if something happened on Tuesday or Wednesday, if it was Thursday that I finally returned home, or if I didn’t sleep in my bed until Friday. I can’t say, because pain takes over the minutes, making the clock race, or its hands stop altogether. You never know.

So from Sunday, July 22, I can only organize time by groups of events. The long applause that erupted as the coffin entered the chapel, the shouts of “Freedom!” in front of the altar, the funeral procession leaving, the arrival at the gravesite and the arrests of several friends on the way to the Colon cemetery. Flashes of what was, an agglomeration of images that I can’t insert into a temporal frame.

Amid all this confusion I recall very clearly the first official report explaining what happened to the leader of the Christian Liberation Movement. It was just a brief note about an accident near the city of Bayamo, where it was said that two Cuban citizens had died. Then came a detailed report on National Television, about how the Hyundai Accent had hit a tree because the driver had lost control.

The announcer read the information, emphasizing the phrases that declared the responsibility of the driver.  And then I started to feel, along with dismay for the family of Oswaldo Payá, a great concern for Ángel Carromero. I imagined a cold room, surrounded by men in uniform, and tried to reconstruct what had happened at that place near the community of La Gabina. I shuddered to imagine this young man of 27 under the intense light, without an attorney present, knowing that each word he said could implicate him. A nightmare situation.

After the statements of the three witnesses present and of the Swede Aron Modig, I think that if Ángel Carromero was responsible for the involuntary homicide of Oswaldo Payá and of Harold Cepero, he must now feel himself to be the unluckiest man on earth. Not only does he await a trial that will be a public lesson and that the government will use against the opposition, but for the rest of his life he will have to carry the heavy burden on his conscience.

Although any human being can end up hitting the brakes too hard, or exceeding the prescribed speed for a certain stretch of road, what has been lost here is too important to evaluate it with generalizations. The tires slipping on gravel, the dust on the road and the main Cuban opposition leader losing his life. At the same time the nation was deprived of one of its most promising politicians of tomorrow. In that gully through which a small stream flowed, not only did the car where the principal promoter of the Varela Project died end up, but also lost was one of the most important actors for the greatly needed transition in Cuba.

This Tuesday, the newspaper Granma announced that Carromero will be charged with homicide under Article 177 of our penal code. He could be sentenced to a term of between 1 and 10 years in prison. The trial against him may begin as soon as possible, because in some cases there is a summary procedure to reduce the time before coming to court. This could become the most talked about court case in recent years in Cuba and we can’t discount that it may be broadcast on national television.

For now, a video is already circulating of the accused asking the international community to focus on getting him out of Cuba and “not using a traffic accident, that could happen to anyone, for political ends.” In his statement he also emphasized that they had not been hit by another vehicle before the crash.

But we suppose that these are words extracted under pressure. And that Ángel Carromero is someone trapped in the machinery of the police, blamed by mistake — or malice — and unable to tell his story. So I feel very sad for him. For he would, thus, become the third victim of what happened at 13:50 hours on that fatal Sunday. Truly responsible or just a scapegoat, the life of this young man turned in a second that will never be forgotten, that under the relativity with which we appreciate time, has become infinite, eternal.