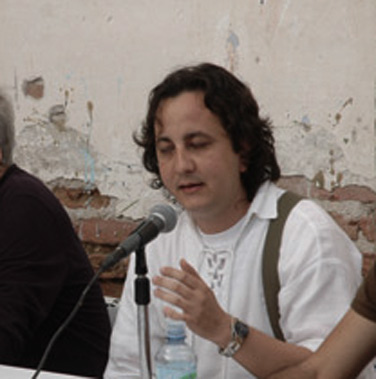 In 1980 the Marxist Louis Althusser murdered his wife in the middle of an attack of schizophrenia; also dead – but not at the hands of Althusser – Sartre, Roland Barthes and Bon Scott, the lead singer of AC / DC; but we remember this year in Cuba because chicken eggs were still not rationed or available only in the illegal market; but a peso a dozen and you could buy as many as you wanted.

The hens had not been extinguished nor were they as nervous as those today who lay only under more conditions than can be generated, together, by the legal paperwork of two transnationals of steel who generate a peace agreement between Palestinians and Israelis.

Those chickens, maybe a Russian breed, produced at any time and throughout the year, faster than we could eat the eggs. So there came a time in which some officer came up with a policy initiative: launch them against the “enemy.”

Something strange happened that year that it was all over, and if they were given to the Marxists for murdering their wives, a few Cubans, perhaps, watching their neighbor’s beard burn, they were given for escaping the island leaving a country divided between those who were leaving because, among other things they could stand neither the eggs nor the thrown eggs, and those who were left had to comply with the order to launch them in “acts of repudiation” or “marches of the combatant people.”

They shouted slogans against Jimmy, who also agreed with Torrijos who boycotted the Moscow Olympics, and eggs were thrown against the elusive and perhaps a wise economist got them for calling out “worms” because they foresaw that in a not too distant spring, when a shortage of eggs and rubles would have to return processed pupae in gorgeous green-winged style of “federal reserve.”

I was only nine years old but I remember the afternoons the Chairman of the Committee of Defense of the Revolution would send us to pass by the house to leave slips of paper with the names and addresses of the “scum.” The slag, in my neighborhood, was never a “military.”

The slag was not exactly a vile or contemptible person or even a scrap of cast iron. The scum were those “civilian” neighbors who wished to emigrate to the United States; and the Order of Party was disavow them with posters and eggs; “lightning rallies” were a sort of brief, impromptu pedagogical carnivals seeking to teach, first, those who practice “treason” suffer the consequences, and second, in international public opinion, the Mariel boatlift that was the plot of a tiny undesirable clique.

But the house of the “worm-scum” was always the same as that of some friend of ours; however, after seven or eight at night, we obeyed our parents – who in turn obeyed the Party – and we accompanied them shouting slogans and throwing eggs forgetting that until that evening the ones we listened to weeping, terrified by the mob, had played with us in the park.

Some – especially those who never accepted that the neighborhood was invaded by “civilians” -were so inflamed they even hit the doors and windows of the houses with sticks, shouting obscenities and violent phrases. Once they knocked down a door and pulled a family out to beat them. I can still hear the cries of the children’s pleas as the parents bent over their children to protect them from an excited torrent tearing their clothes and spitting. I remember the face of every one of us who were there, and I can ensure that there was no compassion.

Today it is rare to hear someone talk about those days. Of the enraged a few remain who do the same again. Despite that after all these years, they haven’t spent the time; others, most, I don’t know, some no longer live in the neighborhood. Years later in the nineties, they built rafts and boats, and no one threw eggs or called them worms or scum, as they emigrated to the United States.

Of the families repudiated, a few remain. Patience and silence has been a lesson. They walk and wave at their attackers as if nothing had happened. Sometimes I think they didn’t understand what happened that year, I can not believe that everyone has forgotten. Is it resignation, simple resignation?

A visitor to Havana today, can see the marks of exploded eggs still remaining on some buildings. Despite rains since 1980, and although the attempt to cover them with paint and slogans, the tossed eggs refuse to disappear, but I don’t know if it is to remind us of the folly of that year on the island or to talk about resignation or faith.