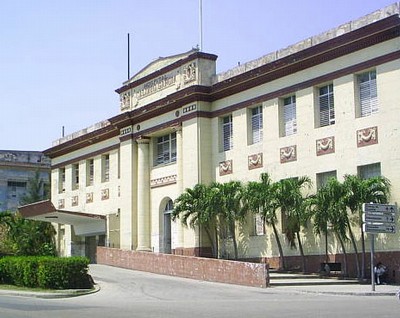 Every day in this world, in one site or another, clearly or covertly according the dignity of each person, Cuban Public Health Professionals express their opinions about the calamitous situation they face. But this time it is not one more conversation in the hallway, rather this September 20 the site Cubenecuentro published a letter that circulated on the Internet, via emails and hand to hand, where a presumed group of surgeons in the Calixto Garcia Hospital in the Cuban capital, openly exposed to President Raul Castro the depressing structural and functional state of this institution.

It is sad but true, a document is not backed up by specific names, which obviously casts doubt about its authenticity, but it appears connected to the Surgery Department of the hospital. It will always be my precept to back up with my name and signature what I write as a testament to my character and the conviction of my opinions, and further evidence that I have the courage to defend them, so do not despise the detail of anonymity when it comes to something as tricky as bad working conditions and living standards of professionals in my sector.

But beyond that questions about whether the text has come from the hands of surgeons or not, one thing is certain it is even more important: that whatever is said there, no matter who says it, is an absolute and painful truth , fully extrapolated to the rest of health care centers in the Cuban Public Health system.

Although undoubtedly there will always be worse cases, don’t forget that we are speaking here of one of the most emblematic of the country hospitals, the former No. 1 Military Hospital founded in the late nineteenth century, so let’s put things in perspective: if the trunk from which the rest of our medical schools and hospitals emerged in the capital’s mecca of hospitals, has endured for decades in the aforementioned state of disrepair, and it may have already led to the situation in the separate municipal hospitals and the network of polyclinics and dark doctor’s offices scattered across the Cuban geography, constantly lauded with praise by an unscrupulous triumphalist press incapable of telling the truth.

The chronic inattention and the neglect to which Public Health professionals are subject; the worst working conditions, the rest and meals; the medical shifts up to 24 hours completely gratis “in a country where entitlements are ended…”; the palpable deterioration of most of our assistance centers; the scarcities, if not the constant lack of usable material, of medications and diagnostic tools; the workload not remunerated to cover for colleagues who have left on medical missions abroad; the miserable salaries that they pay us, the disrespect this implies for the sector responsible for income of more than 10 billion dollars a year* in hard cash, and the humiliation involved in our being subjected to poverty despite this; the mental and physical exhaustion from not being able to feed our families in the midst of a chaotic economy while we know well that “… the destructive traces of corruption pass with singular debauchery…”; the supremely demonstrated indifference of the ministry, party and government officials to listen to us with respect, the great frustration this generates and the absolute lack of objectivity in the official press to face, with courage and ethics, a problem that is not solved — plain and simple — because of lack of political will. All this was said before and is repeated here, others with words, or with hands that sign, but it is the same authentic truth that you are hearing.

Taking the bull by the horns, who wrote bluntly blamed the Cuban government for this situation and demanded they resolve it. The document does not carry a tone of submission, but it is written with clarity, respect and pride — a combination scarce in these times — reportedly by professionals who every day save new lives and feel extremely neglected, if not betrayed by a government, a party and a Ministry of Health that do absolutely nothing to rescue us from the abyss.

To have allowed a hospital as prestigious as the Calixto Garcia to sink into such neglect to the point of seriously risking its very reason for being, should be sufficient to dishonorably expel from office Dr. José Ramón Balaguer Cabrera, who has been the Minister of Public Health during most of the time referred to in the letter, and the one maximally responsible, therefore, for the scandalous disaster at the Havana Psychiatric Hospital in early 2010, which killed dozens of mental patients.

But instead of getting his sell-earned punishment, that gentleman was chosen, with honors included, to lead the Ideological Department of the Central Committee of the Communist Party. While acknowledging, in his defense, that Dr. Balaguer was much more engaged with disabling the doctors who expressed their opinions than in resolving their problems, so maybe he never heard about the dramatic deterioration of institutions such as the Calixto Garcia.

At this historic medical school for which I still have strong feelings because I trained there in the early ’90s under the tutelage of eminent professors like Dr. Mercedes Batule and Dr. San Martin, living professors I had the privilege of meeting and who, since then — it’s been more than 20 years — have long suffered this ancestral neglect that our colleagues even mentioned to Raúl Castro.

I clearly remember that my greatly admired professor would occasionally accompany us to the main dining room, and while he talked amiably about every trifle, it hurt my soul to see him eat that tasteless slop. Unfortunately those professors are no longer with us, but I live convinced that today they would admire the dignity of the brave who are not resigned to bowing down to ignominy.

Now it only remains to see what will be the reaction of the Ministry of Public Health and the Cuban government, accustomed to furious intransigence against any gesture that questions them. Suddenly, where there is only a group of physicians who ethically address their authorities, some dunce could see a “counterrevolutionary faction,” or perhaps an attempt by the CIA, or a faction of the “mercenaries in the service of empire”; I have many experiences regarding this, believe me.

But these times are not the same. I’m just saying that if this document was authentic and unleashed a hunt for the perpetrators, this time my colleagues would not be alone: I, Citizen Zero, will not stand by with my arms crossed and would run every risk until the end and engage in any battle to redeem them, because it is our silence that keeps us at the bottom of this abyss; because confronting the indolence of any controversy will be better; because it is worth anything to try to rescue the country from the absurdities that “… will compromise the future …” and because each step taken, however small, will definitely improve the world.

*Translator’s note: Payment/grants in oil and cash from Venezuela; in exchange Cuba sends doctors and other workers.