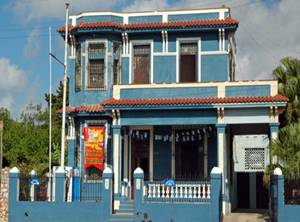 The country’s leading authorities continually talk about the need to save resources and use the limited ones that are available for important issues, to support development and help in solving the many existing problems and overcoming the shortages. Undoubtedly, it is a fair demand, but it would be even more so, if they looked within themselves, and decided to save on those government activities that represent large expenditures and provide no wealth.

I am referring to the high subsidies enjoyed by the so-called mass organizations (CDR, FMC, CTC, ANAP, FEU, FEEM and others)*, institutions that present themselves as NGOs, but are, in fact, far from it; they are organized, directed and primarily funded by the State and solidarity groups abroad and while visiting Cuba; in addition there are some political campaigns, including that for “The Five**” (with the current adaptation of a mansion in El Vedado*** for its headquarters), payment of attorneys and multiple trips around the world for their families.

If they reduced the inflated payrolls of professional staff of these organizations, groups and campaigns, we would see a substantial savings in salaries, travel and maintenance, along with the great amount of free transport, housing and locales (usually the best), in municipalities as well as and in the provinces, helping to increase the housing stock to the public.

These measures don’t need commissions nor long studies and experiments for their implementation, as the sad reality already one of general control. If these savings also include major political organizations and some super-ministries, which enjoy carte blanche to own vehicles of all types, buildings, homes and locales (often underutilized), the results would be even greater and would be approved by the majority of citizens.

That is, if you really want to save, there is enough fabric available to cut within the State, without trying to apply them only to ordinary Cubans, demanding greater sacrifices.

Translator’s notes:
*All of these organizations are arms of the government: CDR =Committees for the Defense of the Revolution (the block watch groups); FMC = Federation of Cuban Women; CTC = Cuban Workers Union; ANAP = National Association of Small Farmers  ; FEU = Federation of University Students; FEEM = Federation of High School Students.

**”The Five” refers to five Cubans found guilty of spying in the United States.  Four of the five remain in prison. The Cuban government presents them as national heroes unjustly convicted.

***El Vedado is one of the nicer neighborhoods in Havana.