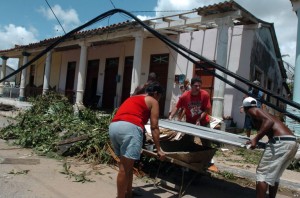 Havana, Cuba, September, Osmar Lafitta,  www.cubanet.org — For many Cubans, having a house or apartment, even fifty-four years after the current rulers came to power, is an impossibility. Repairing or building a home using their own resources remains the only option for hundreds of thousands of families.

And the start of cyclone season is a time of great anxiety for many in the population.

There are 3,000,000 homes making up Cuba’s housing stock. Of this figure 61% are reported to be in good condition. The rest, which have not been maintained for decades, are in poor condition.

The government’s home construction programs are showing signs of accelerated decline due to the ineffective economic model imposed on the country, which has led to inefficiency and corruption.

The blame for everything

The official position is that the embargo is to blame for everything. However, responsibility for the housing shortage rests with the all-powerful State, whose micro-brigades — made up of amateur carpenters and bricklayers — had a monopoly on home construction for almost half a century, denying the public the chance to repair or build their own homes.

This absurd centralization is what led to the very serious housing problem now facing the country. In 2008 Raúl Castro changed his tune. Now houses can be bought and sold, and credits and subsidies are available for those who do not have the money for construction materials. But…

Most Cubans who want to repair their homes earn only twenty dollars a month and cannot afford to pay five dollars for a bag of cement, or three and a half dollars for a cubic meter of sand. Businesses that sell construction material remain empty in every city in the country. 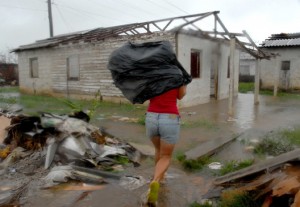 There are also shortages of concrete blocks, bricks, roofing tiles, and flooring material. The suppliers, using various excuses, cannot guarantee that these materials will ever be in stock.

To find what they need, customers must make pilgrimages to various flea markets. And when they do find it, they have to add transportation costs to the high price of the product.

The 90 points of sale and 33 stores that sell construction materials in Havana province have very few products available most of the time.

The situation is just as disastrous in Holguín province. The shortage of many materials poses a serious problem for its residents, who have still not been able to repair the damage caused by Hurricane Sandy. 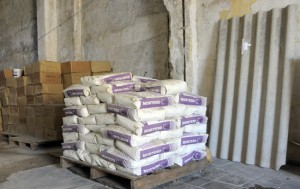 “The shortage of building materials is due to a lack of transportation. The stone mills have stockpiles of different types of aggregates and the cement factories’ warehouses are packed but there are no trucks to get the material to the points of sale.”

In Havana the housing deficit is even more alarming. 5,471 families have spent more than a decade in temporary shelters. This figure does not include those living in buildings that have been declared uninhabitable, some of which are in danger of collapse. To prevent their roofs from falling in on them requires building 28,000 homes to house these people.

The effects of Sandy

Last year Hurricane Sandy destroyed thousands of houses in Guantánamo, Holguín and Santiago de Cuba. Before the storm, Santiago de Cuba had a total of 329,129 homes, 40% of which were reported to be in fair to poor condition. Sandy left the city in a state of chaos. In Santiago de Cuba 171,000 homes were damaged. One year later only 44% have been repaired. 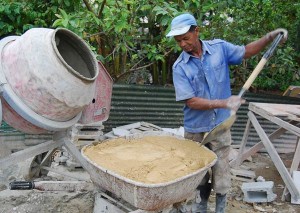 Many residents complain that “there are no materials.” When there is cement, there are no concrete blocks. When lumber arrives, there are no doors. If there are no windows or roofing tiles, then it becomes a veritable ordeal, which no one explains and which is never resolved. Where are the materials that are supposed to be going to the storm victims?

What are the commissions set up to help those affected by Hurricane Sandy in Santiago de Cuba doing?

In the three eastern provinces 26,000 homes were completely destroyed by Hurricane Sandy. In the first six months of this year, only 4,690 were rebuilt, an average of 130 houses per month in each of the affected provinces.

The situation is very serious. Forty-thousand homes damaged by previous cyclones to hit Cuba have not yet been repaired.

Among the things destroyed by Sandy were 61,310 homes, whose inhabitants are losing hope.