For reasons beyond my control I could not access the Internet today and send these words to Citizen Zero through my wife. During the first week of my hunger strike I stayed for most of the time in Marti Park in Guanajay, located in front of the community clinic in this town, which was the last place I worked until October 2006. During those days I moved between this park and the Central Park, opposite the Catholic Church – separated by about 100 yards – as needed to shelter from the sun or drink water.

During the first three days I received the usual visits, which never fail, from various officials of State Security to dissuade me from my purpose, to make sure that this method does not accomplish anything and to not allow public places to be used for this type of position.

After a couple of polite conversations I have made it clear that I will only retire from these places under arrest by them, andI am willing to go all the way. My answer seems to have been vehement, because since then I’ve only known of their presence through the old farts and no account snitches standing in the sun in their classic observation posts.

On Thursday, March 8, I went to Havana to Antonio Rodiles’ house in Playa, where we recorded an interview for Estado de SATS that we had previously agreed on, and since my return I haven’t left Guanajay. 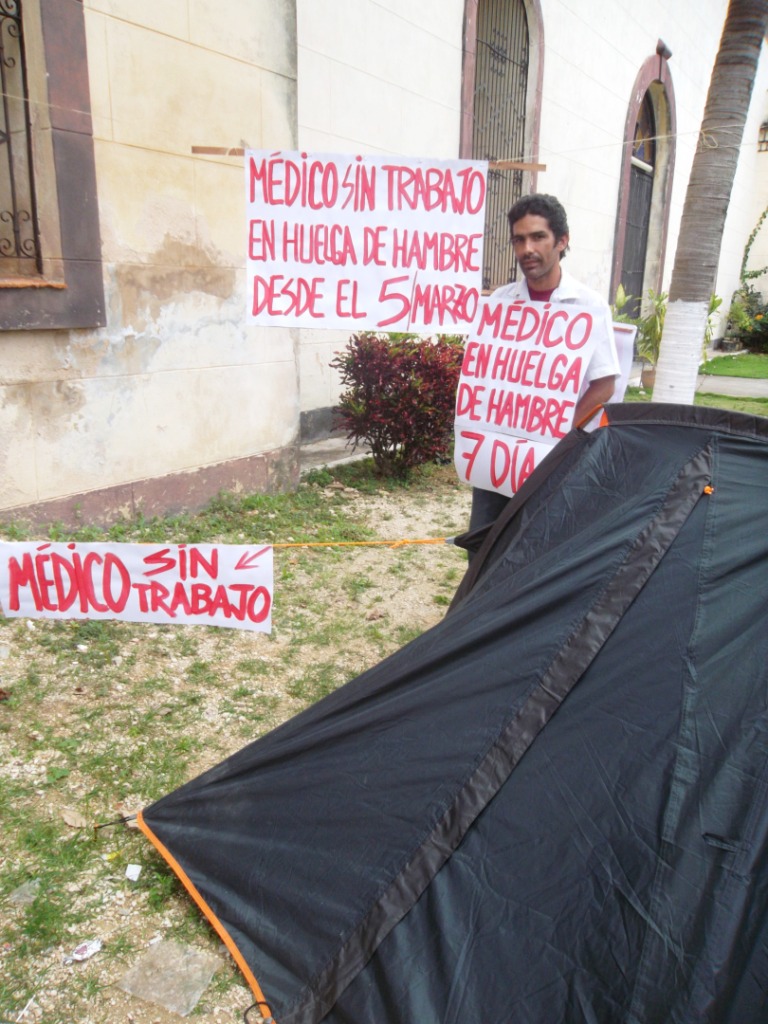 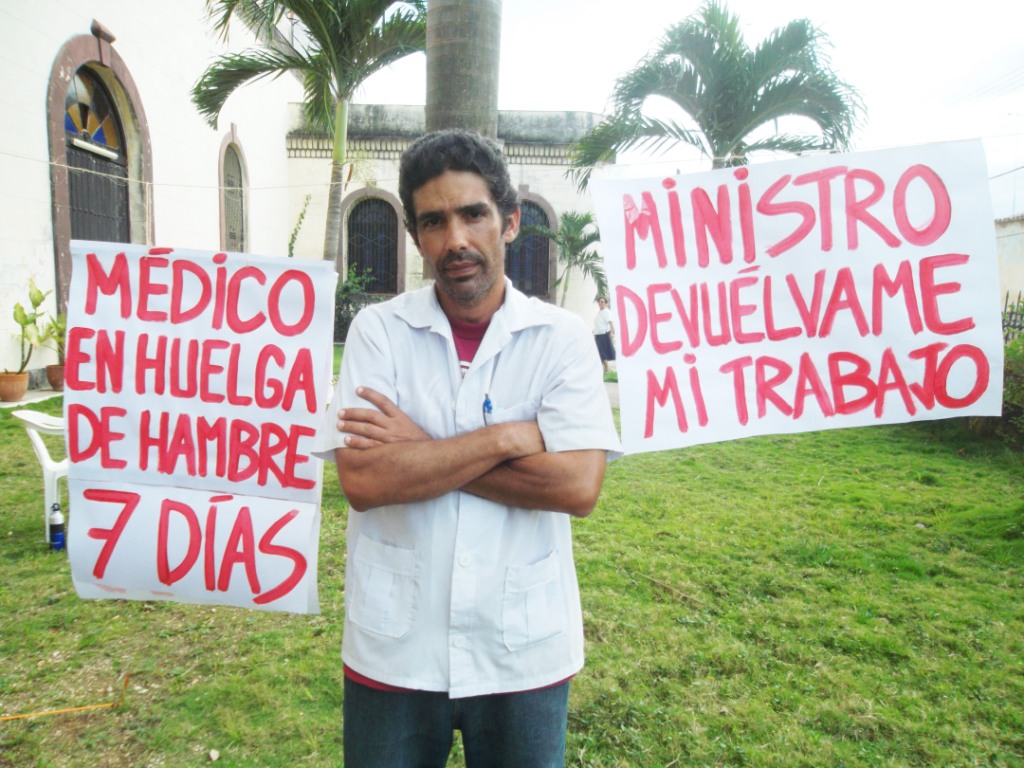 By Monday 12 March, I was feeling the rigor of my first week of the hunger strike and couldn’t give myself the luxury of continuing to walk from one park to the other, so I decided to settle in the garden of the Catholic Church in Guanajay, with the consent of the pastor, my very dear Father Carreró, who did not object, and so during the afternoon of that day I established my camp on this site, by whose gate hundreds of Guanajay residents have passed, most of them showing their strong support.

That night, after Father Carreró received a call from the Central Committee, from Bishop Serpa of the Diocese of Pinar del Rio, I decided to move to the entry of the Escolapias religious order, located in Guanajay Central Park itself, 50 yards from the Catholic Church and there I have remained to today.

On the afternoon of Friday, March 16, on the 11th day of my hunger strike, I received a second visit from the troops of Cuban Voices: Yoani Sanchez, Reinaldo Escobar, Augustine and Orlando Luis Pardo who had been here on Wednesday the 7th and who returned out of concern for the progress of this matter. Joisy García also interviewed me during the first week and published a very objective review on his site.

And so today I complete my second full week of hunger strike. To sustain myself I am taking only water and some pediatric re-hydration salts. I stand firm to this day in my demands and the Ministry of Public Health pretends not to notice, until now keeping an absolute silence regarding the case and my strike.

I’m still in good health, although I am beginning to feel a more or less marked, but constant, decline and I have lost over 20 pounds (on Monday, March 5th, I weighed about 152 pounds).

Since State Security officials are insinuating that I could be being fed by the Escolapias sisters, I have not gone inside and remain permanently at the entrance for all to see.

From here I demand that the Cuban Government and the Ministry of Health take action on this case and allow us to practice our profession. Now they can only choose between this or letting me die.