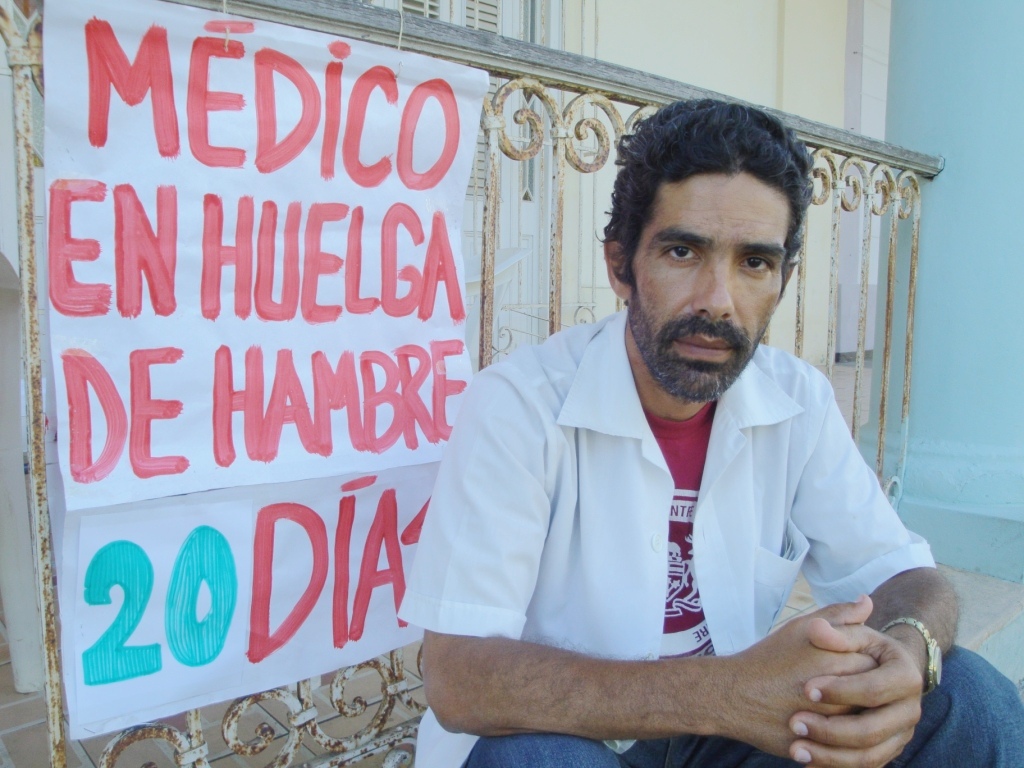 Today it has been three weeks since the beginning of my hunger strike. The distinctive sign these days has been the absolute silence maintained by the Cuban government authorities and by the officials of the Ministry of Public Health (MINSAP). Absolutely no one, of any government institution or of MINSAP, has made any public pronouncement nor have they approached me to date, or concerned themselves about my case, nor about the hunger strike, nor even, humanely, asked about they state of my health.

None of this surprises me at all, in fact I did not expect some other conduct from institutions and officials who ignored us for five years because, in fact, it was precisely that silence and institutional indolence which brought me here. More than 70 documents submitted in person at the headquarters of the central agencies of government policies and, left without answers one after another for five years, prove it. All this explains why I finally opted for the hunger strike as a last resort to vindicate our usurped rights.

Every day, all week, I have received calls from radio stations in several countries who continue to be interested in the course of the strike and who spread the truth about this case. On the evening of Saturday 24 received a visit from Emiliano Bos, Italian journalist accredited to Havana on the occasion of the visit of Pope Benedict XVI, to whom I gave an interview for the Swiss station RSI, which is heard in much of Europe.

On Friday, March 23, at 5:00 pm, I was left empty-handed by ARTV News, the Educational Channel, waiting in vain for the transmission of the interview I granted to the provincial channel on Monday March 19 which they assured me would be transmitted. This is evidence that censorship always prevails, they do not have the courage to publish a truth like this and it was all a trick to be used at their own time of decontextualizing everything, they don’t know how to do anything else. 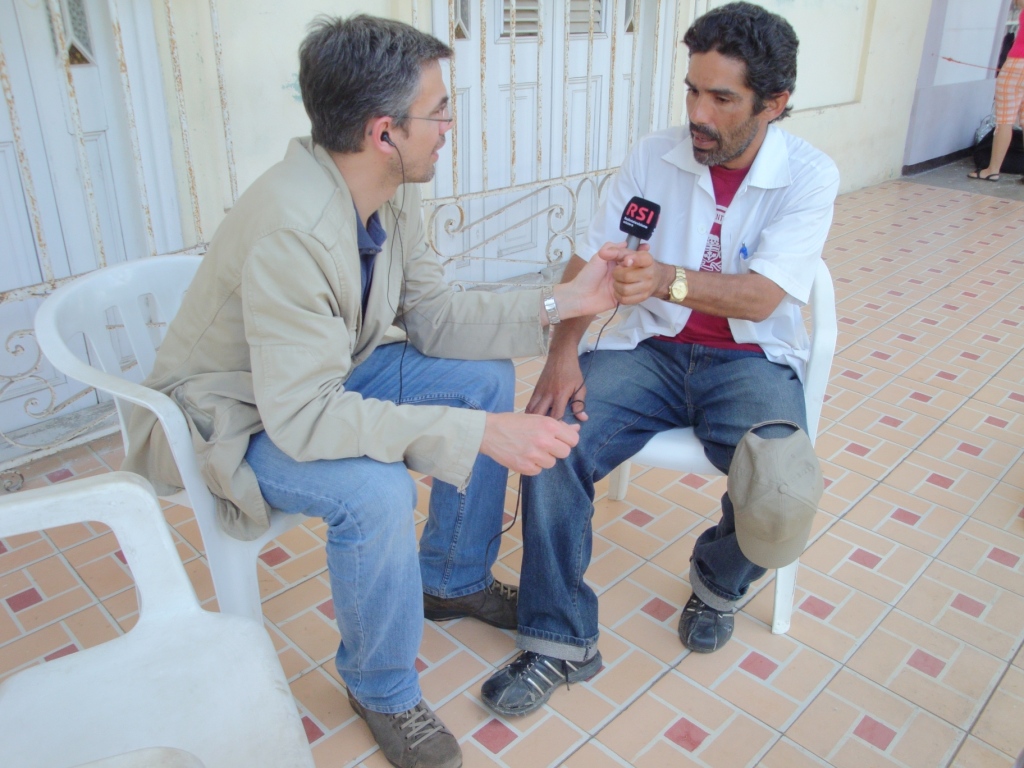 Although my health is stable, and I try to sleep well and stay hydrated by drinking water frequently and rehydration salts, I am beginning to feel more and more the rigor of fasting and the fatigue accumulated after three weeks. I am already feeling a growing, significant and continuous decline and have already lost, until now, about 24 pounds (I started on March 5th at 154 pounds).

I announced yesterday by Tweeter and affirm here that, given the silence maintained by the Minister, on Tuesday March 27 at 9:30 am I will present myself at the headquarters of the Ministry of Public Health to personally solicit a response. I also affirm my intention to attend, along with Catholic parishioners from Guanajay, the Mass that Pope Benedict XVI will officiate at in Revolution Square on Wednesday 28 March.

Every day that the Cuban authorities and the Ministry of Health decided to continue this fictive silence, it will only sink them more and more in the mud. When they summon up the courage to break the silence only two alternatives will be presented to them: either recognize with humility that everything was a mistake from the beginning and proceed to allow us to practice our profession and reinstate me in my Internal Medicine Residency — something I recognize is remote but it would be possible even for them, the only successful and intelligent outcome –or decide to persist in that untenable lie planted since 2006.

In the second case, it would be prudent for them to count on one more death on their record and to prepare with great care the speech to explain to the world how this young communist militant from 2006, who did nothing other than study medicine and exercise it with love, with no criminal record — nor even prior administrative sanctions — who then wanted to take on one of the most difficult specialties, so comprehensive, which he was not allowed to, ended up as this execrable being they have drawn in their desperate attempt to justify a crime. Although the human suffering they generate doesn’t matter to them, because after all… what’s one more stripe on the skin of a tiger?