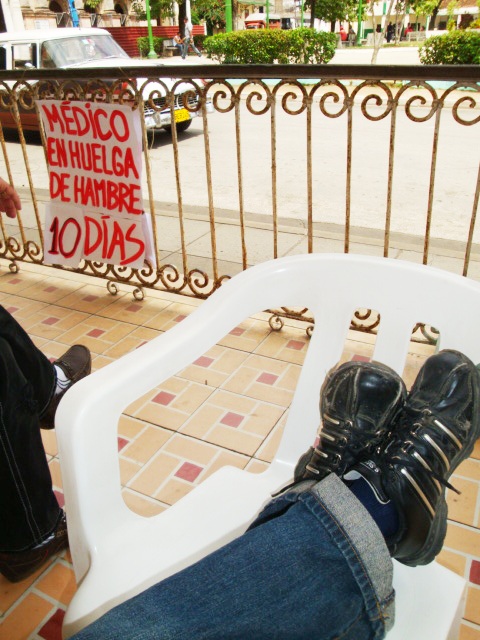 It became clear that they are more macho and virile than the rest of the Cubans, including me of course, having the most legendary and robust genitalia, the most powerful testosterone and you don’t play with them, the most alpha males of this story. None of this is discussed, more than 50 years should be enough to make things clear, but then what else they want to show? If I’m just asking to get my job back, what dark complex is hidden behind the facade of supermale? What prevents them from humbly acknowledging that it was all a mistake?

They have before them, now, someone willing to die and they can avoid it all with a signature that is stamped in two seconds; between my work and I, I am convinced, stand only stubbornness and pride.