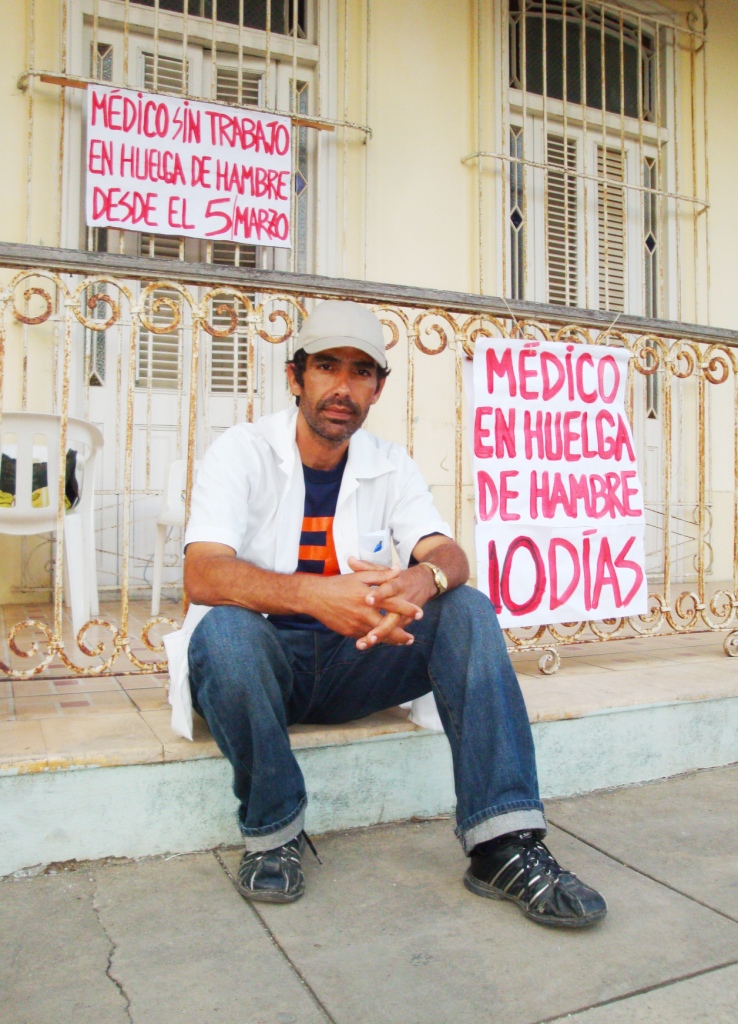 Today they are saying I’m heartless, that there was no merit in my past, everything in me was bullshit. They will try to discredit even my shadow, they will say that I am only a little guy who misled his colleagues and they will insist on clinging to the lie castaways cling to a board.

With the accusing finger, as usual, they will point the renegade is now rubbing shoulders with incendiary dissidents and bloggers, but it was precisely they who brought me to meet Yoani and Reinaldo, Orlando Luis, Augustine, Joisy, Laritza, Miriam, Vallin, Dagoberto and others who didn’t even know I existed then, and it was through them that I looked into this world of the irreverent and rebellious who take on all risks of living with their truths in a country that only rewards laziness and lies; the accusers were the ones, and no one else, who brought me to open Citizen Zero.

Words of the judgment that the defense is allowed, and now I just reached into my heart to remind them that it was precisely they who forced me to take the first step. They know that the young man who, in 2005, went to his minister, and had bled for everything I thought since I learned to babble barely the names of the bearded ones.

Now I am the antichrist, but although they conceal it, they know that before that fateful May when Fidel announced publicly that we deserved only a “salary increase” of less than $ 2 a month, the Cuban boy had already left much of his health and the best years of his youth – or, and it’s the same, of his life – a member of the leadership of the Federate Students, the Communist Youth, and then in the Communist Party itself; who was chosen in September 1995 to travel to Paris as part of “World Passport” Project Youth Exchange, sponsored by the municipality of Saint Denis; who only by coincidence was not decorated in those years with the Order Julio Antonio Mella, for which I was a candidate for the same Guanajay where today I languish slowly, where the paraffin to maintain life is silently consumed to keep alive, up to the last moment, the dignity of the flame.

So, when they unleash the pack just ask these questions: who did they bar from practicing medicine 5 years ago: the irreducible Citizen Zero who speaks from Cuban Voices, of the Communist militant who wanted to be consistent and sincere? In this story what was the cause and what the effect? Who threw the first stone? Seeking these answers, I have no doubt, all fingers point toward Havana.