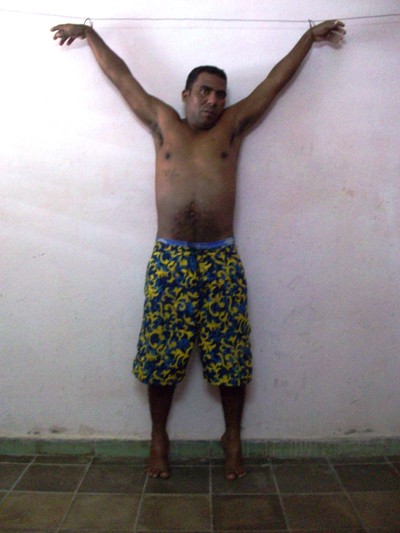 And here is the report on human rights (derechos humanos) presented by the Eastern Democratic Alliance. Within a six month period in this Cuban region there have been reported 128 arbitrary detentions, 32 police citations without proper official warrants by the political police, 4 evictions, 49 beatings, 6 fines levied on human rights defenders, 23 cases of hunger strike and almost twenty cases of suicide attempts in jails.

The partial Report is available for reading where the names of t the victims and of the victimizers are recorded, and also private addresses and even phone numbers for verification. It’s a shame — and I never get tired of repeating it — that the great and lustrous international press agencies located in Havana never hop over to the East, the heart of the horror in Cuba.

The death of Orlando Zapata Tamayo, the beating of about 15 women in Camaguey on February 3, and later the abuses against Idalmis Nunez, Caridad Caballero and Mari Blanca Avila are signs of some horrible events. Before or during when his Lordship Cardinal Ortega, Raul Castro and Moratinos shook hands for the future Cuba that is being dreamed of only for a few.

There is physical torture and cruel and degrading treatment in Santiago de Cuba, Banes, San German and the Guantanamo of the olive-green government. The attachments to the document corroborate it for you.

PS: In the pictures Isael Poveda Silva, former political prisoner in Guantanamo Prison Complex staged for bloggers and the independent press showing how they apply the techniques of torture known as “The Bat” and “The Rocker.”