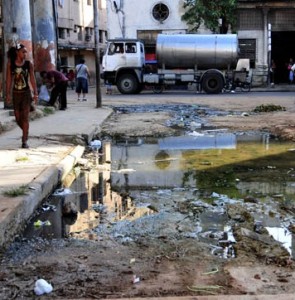 Havana, Cuba, November 2013, www.cubanet.org – In Cuba there exists no consumer society.  Or heavy industrial activity.  The quantity of debris should not be frightening. But the treatment of waste is troubling, because it pollutes the country and promises to future generations.

There exists no appropriate policy for dealing with the debris.  And if it is true that Cuban reality demands a solution for more urgent problems, where the trash goes, it should not be left behind.

The frowned upon dumpster divers

In homes, work centers, dumpsters on the streets, everything that is thrown in the trash falls in the same compartment where glass or metal or biodegrables are not distinguished. The whole lot ends up at the landfills, where the trash is not classified or its treatment facilitated.

One of the effective ways of contending with trash is recycling.  In Cuba it is a task of extreme difficulty.  There is no education nor political will directed to the necessary separation of wastes.  Moreover, the State hinders the process. 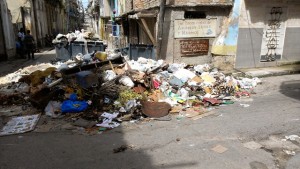 An example of that is the negative attitude towards “divers,” who are dedicated to searching for empty beer and soft drink cans to sell to raw materials recovery companies.  These individuals are frowned upon by the government in spite of the fact that their labor is ecologically laudable and they are socially useful since they have honest work.

Beyond not separating trash, the system does not even recognize the work of those who could be called “little aluminum businesses.”

If other discarded materials also gave business, there is no doubt that the waste recovery industry would rapidly flourish and contribute to the city’s improvement.

Fire at the big dump

From the heights of one of the faculties of the Superior Polytechnic Institute, Jose Antonio Echeverria observed how a dense column of smoke rose, born in the entrails of the big dump of Avenue 100.  The toxic spectacle was nothing new: the uncontrolled combustion of debris would be dragged by the wind to the classroom of the university grounds.  The students in class there were going to inhale however much undesirable chemicals the fire generated. 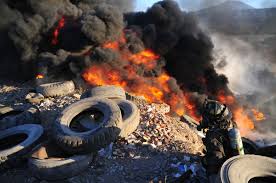 Only after many sinister — and repeated — complaints was the cause of the fire removed, giving certain treatment to the wastes.  The decomposition of large quantities of organic material can generate sufficient heat to unleash accidental fires.

The fire out, the bad odor of the Dump of Avenue 100 continued flogging the surrounding population.

The first mistake is to locate an enormous landfill in the middle of Marianao township, near well traveled areas, but of course, quite distant from the Havana neighborhoods where the country’s ruling class lives.

Another of the problems is the lack of trash containers and the irregularities in collection.  Parts and fuel are stolen from the garbage truck, as they are from all state vehicles.  Garbage cans are also vandalized.  Their wheels are ideal for making street vendor carts.  Wastes accumulate for days on the corners. 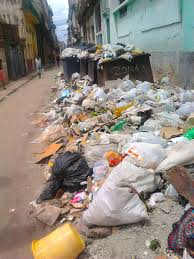 Not to mention sewer networks.  The growing population has made the water collection and treatment system collapse.  And the construction going up lacks the most basic technical standards.  Entire communities are found with a deficient and even non-existent sewerage.  Sewer water runs through the streets or seeps into the lower soil, contaminating springs, while the toxic wastes in rivers and oceans destroy various ecosystems in their wake.

The lack of control, the accumulation of trash and the deterioration of water treatment systems contribute to the fact that in Cuba there exists the danger of a widespread epidemic.  Signs of the health crisis have already started to be seen:  the resurgence of illnesses that were eradicated from the country indicates that the filth that surrounds us will have disastrous consequences.