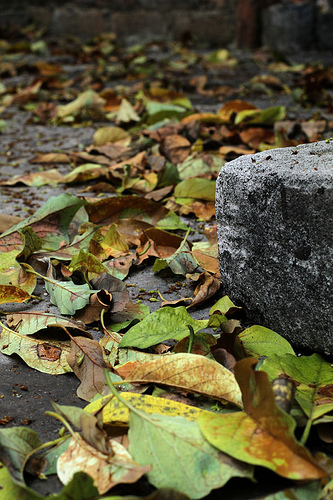 The resistance in Cuba passes these days clinging to life. The best insubordination is to survive the Consejo de Estado intact.

“Politics is the business of the dead”, said a Cuban mother in The Initials of the Earth, the masterpiece by Jesús Díaz that in its time aspired to be branded as the novel of the Revolution.

It seems a wise statement. Domestic politics of someone who had seen from his bedroom the irrepressible carnival of cadavers that our pathetic poets at the time called Republic. The fictionalized scene penetrates an early 60’s Havana night. With the Revolution there would be no reason to be different. Violence is the only plausible vox populi between neighbors. The wise one lives off the fool. The cemetery as the source of secular law. The Cuban mother as a fierce animal that defends her brood from the distressing enthusiasm of the blind masses. Who would know how to read like this today…!

A national stage empty of spontaneity becomes ipso facto an outdoor puppet show. All institution is imaginary. One must be wary of the other precisely for being puppets. Secrecy as the way of all things. The smallest public act of free will compromises nothing less than the security of the State itself and deserves the maximum penalty, and to make the horror even worse, with some semblance of legality. Under these conditions the street is only for the mob. They seem morphologically–although it would be immoral to ask pears of an avocado–as if they harangue themselves suicidally inside or shamelessly outside of our little post-Siboney farm.

The consequences of a posthumous peace prolonged so long is surely harmful to our notion of civil society and other fanciful concepts, but perhaps also there are some side benefits. We Cubans refuse to kill ourselves like fish in barrel before cameras and microphones who get bored on the island with their high euro-salaries. We Cubans have lost the innocence of clucking slogans believably (polyphonic voices under their sleeves are beating the choir). We Cubans have lost our politicization and in the struggle of everyday life we don’t miss it at all.

Already in the spontaneously terminal phase of a long and torturous totalitarian state, we’re in no hurry to pay the price to turn it into dust with the tap of a grim steering wheel, bloody revolution. There is a constitutional distrust of any attempt to change control. It’s not fear, it’s memory. And that’s why we delegate the misfortune to our crude gurus of our government. That they grind themselves up there on top with their thousand and one ministerial mutations. That they err and rectify and enjoy and wear out in their own triumphant demagoguery. That they feel like materialist Christs created from the podium of their octogenarian biology. In short, the time of our private novel is eternal (he who hopes for much, expects little). Luckily, we Cubans are like that Cuban mother that no one will read again in a forgotten little scene in The Initials of the Earth.

Business. Death. Since our childhood historically we have matured as a people in spite of everything. The resistance in Cuba passes these days by clinging with futile faith to life. Renew this fleeting sickness called hope. The best insubordination would be then to survive the Consejo de Estado intact. No need to go into the streets, without calls more or less charismatic or criminal, that plebiscite of the future Revolution has already lost unanimity.