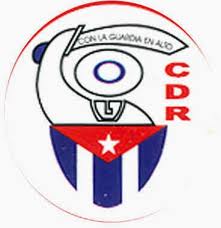 More than half of the Committees for the Defense of the Revolution (CDR) of Havana did not celebrate their 52nd anniversary of September 27-28.  This celebration was marked at 90% only in the central and eastern zones of the country.

September 27 was celebrated in anticipation of the September 28 day of the 52nd anniversary of the CDR.  Since its inception this revolutionary Fidelist project only served to guard the government’s interests, not the Cuban people’s.

A square is made of four blocks, and each block has a CDR, so a square has four CDRs.

Currently four out of ten squares throw a party in anticipation of the 28th.  Therefore the others rest at home watching TV or performing some other activity.  Only 16 out of exactly 40 CDRs celebrate that day and 24 CDRs do not participate in said celebration. So 40% celebrate and 60% do not.  The chosen municipalities were Arroyo Naranjo, 10 de Octubre, Boyerso, La Lisa, Cerro and Plaza.

After the special period the disenchanted population little by little stopped celebrating this day until it went unnoticed.

September 28, state media communicated the 52nd anniversary of the CDR as a support of the revolution and made an example of an eastern region CDR where there was more citizen support of the government.

Fiftyfour-year-old Miguel Torres says that in his neighborhood (Santa Malea) there is no longer any mention of a party for the CDR, “The president does not go by the houses so that the neighbors might support with broth — a tradition at these parties.”