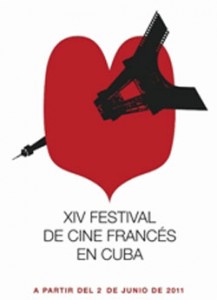 Organized by ICAIC, Cuba Film Archive, the Alliance Francais, the French group ‘Cinemania’ and the French Embassy, the event is sponsored by the French Institute, Air France, UniFrance, Peugeot, Havana Club, Ciego Montero, Occidental Miramar, and other corporations. As in every year, an artistic delegation attends, consisting of directors, actors, screenwriters and promoters, who present their films and grant interviews during the first week.

The dramatic solidity, the variety of schools, the virtuoso performances, the originality of their stories, and the leadership of the producers mark the return of Lumier’s disciples, in whose films the dilemmas of French society become tangible, in harmony with challenges from other latitudes.

In the 2011 edition, the director Jacques Perrin and his co-writer Francois Sarano – creators of the impressive documentary ‘Oceans’ – took part, opening the exhibition on Tuesday the second in the Chaplin, and were on again on the 12th. Phillipe Lioret, producer of the features ‘Welcome’ and ‘Mademoiselle’, the producer Emilio Maille (The Crazy Life), and the actors Ronan Choisy (The Refuge) and the Cuban actress Yahima Torres, lead role in The Black Venus all came. 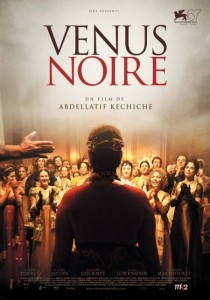 Without a competitive character, French films circulate through our theatres like a celebration of island culture that fertilizes the footsteps of that country’s immigrants among us since the 18th century. Since we’ve come to expect works that entertain and make us think from Gallic cinema, the viewers pursue premiere tapes like the cycle that pays homage to the multi-award-winning actress Sandrine Bonnaire, the protagonist of Mademoiselle, The Queen Plays, The Ceremony, Vagabond, Our loves, and the documentary Her name is Sabine, her directorial and screenwriting debut.

Within the mixed selection of Sandrine the emphasis is on Mademoiselle, awarded the best actress in the Festival of Romantic Film in Cabourg. Along with Jacques Gamblin and Isabelle Candelier, she plays Claire, a young woman without a history that works as a traveling doctor and is married with two children, but is transformed when she meets a half crazy actor transformed into a sad clown by forces of joy. 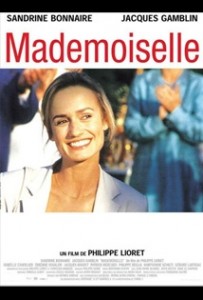 Movie buffs are also seeking out “The girl from the train,” by director Andre Teclune, a 2009 story about a lie that turns into a political event highlighted by the media; “God’s office,” by Claire Simon; “Of Gods and Men,” by Xavier Beauvois, inspired by the lives of the Trappist monks kidnapped in 1996 in an Algerian monastery; “Black Venus,” by Abdallatif Kechiche; and the documentaries “La vida loca,” a Spanish-Mexican co-production about the rivalry between the Mara 18 and the Mara Salvatrucha gangs in El Salvador and “Brook by Brook, an intimate portrait,” in which playwright Peter Brook talks with his son Simon about his career in theatre, cinema, and opera and about his travels.

The Black Venus, played by Yahima Torres, Andre Jacobs and Olivier Gourviet, takes up with grace and ease the mythical Hottentot Venus, the pseudonym of Saartijie Baartman, a beautiful young South African from a tribe that impressed nineteenth century westerners with their spectacular buttocks.

The program is filled with the most allusive works of French cinema, such as Welcome, The Shelter, The Tempelbach Children, The Song of the Bride and documentaries that blend fact, art and fiction, such as Phaedra, Operation Luna, The Rabbit Hunter and Ray Lema: A World to Share.