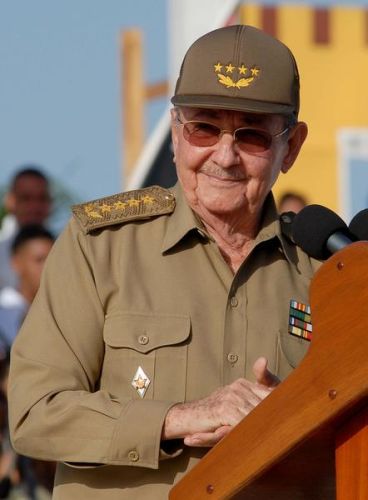 I re-read the version in the press and what grabs me are the footnotes, meditations scattered at the margin of this reality we live in that has so little to do with speeches. In his brief words at the recent central commemorative event for the 26th of July in Guantanamo, our President Raul Castro spoke indirectly about core issues while omitting others completely, which is inexplicable given their day-to-day importance and the high expectations generated from the moment they were publicly announced by Raúl himself, though at this moment they seem to elude him.

He spoke briefly about wages, but only to make it clear that despite their being low and spurious, for now no one can dream of a centavo more. The President knows well that teachers and doctors in Cuba are the last links on the food chain — we earn “… very little…” but a period and then he goes on to state, scandalously… “… but so do we all…”

We will have to investigate the senior management circles in the firms and joint ventures, in the hotels and privileged tours lived in convertible pesos, ask the legalized thieves at Customs in Cuban airports, the mafia politico-financiers who already have their booty well and safely hidden in discrete foreign banks, and the corrupt directors, the generals who never lacked for anything, indolent during the darkest years of the Special Period feeding good meat to their dogs while my parents had one frugal meal a day of rice soup and bread.

We will have to ask my President to investigate to see which of those guys tries to feed, clothe, put shoes on their feet and educate their family and children with a salary like mine, equivalents to $25 U.S. a month. Definitely, and we are not all, and it would be nice if my President, if he doesn’t know it, finds out.

This time President Raúl completely avoided mentioning important topics for our people, like the announced “update” of the country’s travel and immigration policy, or the very necessary free access to the Internet, and when will we have that? What about the also announced constitutional reforms, when will they happen, or what finally resulted from the investigations undertaken — according to the same man’s words when he referred to misappropriation in high finance, several scandalous cases of “white collar crime”?

These are questions that so far my President has left unanswered. This does nothing to stimulate the imagination of the people on the street who, in the absence of seriousness in the Cuban press to report clearly or to denounce something even if it’s an open secret. People can not help but speculate and spread rumors, which ends up being more harmful to everyone. Meanwhile, today these footnotes are waiting patiently to see if the next speech reveals some of these mysteries, after all I ended up getting used to the fact that in this country changes are produced… “… without haste… little by little… little by little…”