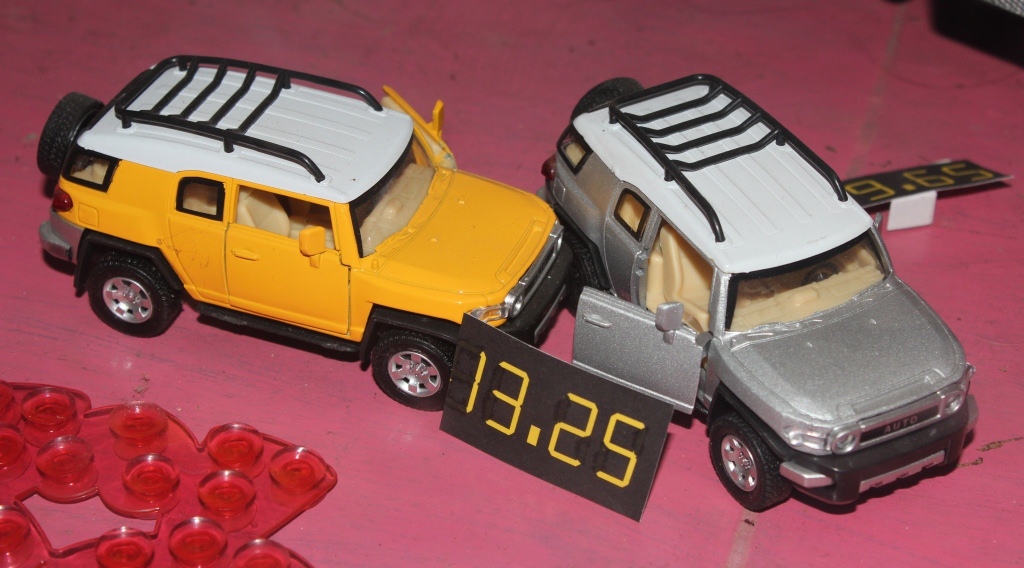 On the very day that the government “freed” the sale of domestic automobiles for working people, imposing tariffs only a millionaire could afford, my son stood transfixed before a shop window displaying those little toy cars that our leaders sell in hard currency for the equivalent of an average person’s monthly wage.I could not ignore the obvious analogy.

A few days earlier I was reading something in the newspaper Granma that for a moment made me happy. But then I immediately read something like, “prices will be adjusted based on agreement between the parties…” and something began smelling rotten to me. It was too good to be true. This allows the state to quadruple the price for everything it sells us in one fell swoop.

It isn’t enough that they charge us an average of 5,000 to 6,000 CUC (between 5,500 and 6,600 U.S. dollars) for used rental cars the tourist industry no longer wants — cars which have logged thousands of miles and whose manufacturers’ warranties are invariably no longer valid.

During all those years that the Ministry of Transportation’s notorious “letter of authorization” for auto sales was in effect, private cars were basically assigned to artists, athletes and public health employees voluntarily working overseas, and then only in certain select cases.

The fact of the matter was that a doctor or athlete, overwhelmed by more pressing needs — like housing, for example — more often than not decided to sell his letter of authorization to the highest bidder. Over time the price went from an initial 5,000 CUC to between 10,000 and 12,000 CUC.

For obvious reasons this meant the total price for any second-hand sale varied from 15,000 or 17,000 up to 25,000 CUC, depending on the car’s make and model. And this was for low-cost, used cars — prices that in other countries would get you a new car with a warranty, which you could buy on credit or on other favorable terms, or with an extended warranty, which would never add more than 2,000 to 3,000 (or up to 5,000 dollars).

But here we have the Cuban state once again playing the role of street-corner thug, ready to openly commit assault with a deadly weapon using a new form of attack on a people who no longer expect anything but low blows. They could not even bring themselves to honor the thousands of letters of authorization that still remain unredeemed.

Nor could they bring themselves to adjust the price by a prudent amount, considering that the cars had already been paid off years ago through rental fees. The temptation was too great. Too much money danced in the hoodlums’ heads. There was too much “ham” for them to keep quiet.

They licked their chops and sharpened their claws until they could not stand it any longer and finally launched the attack. They use the extortionist’s most basic logic: After all, if anyone is going to get paid, it may as well be me since I am the one who most deserves it!

But in essence this is really nothing new, nothing that we have not seen many times before. What can else one expect from a state that has a monopoly on everything, one which for decades — long before the 2008 global financial crisis — sold us all the crap it bought at a 500 to 1,000 percent markup?

Or was it not the Cuban state which issued and enforces the resolution that automatically increased by 250% the price of all goods exiting its ports? These goods then head to the stores where corporate entities and retail outlets have you by the balls, continuing the slaughter by multiplying these prices several times over.

Who else but the Cuban government increased the price of almost every item in its TRD* stores by a massive 30% — this for goods of the poorest quality — at the end of 2004? Or is it not the Cuban state which now leases us a 10 kg cylinder of liquid gas for 500 pesos, a price greater than the average Cuban’s monthly salary?

Who is it that sells us a roll of toilet paper for almost 40 Cuban pesos? Who among us has never spent several months’ wages on a pair of dilapidated shoes? Who but our own state sets the price of the tiniest toys — toys for children who were born to be happy — at between 300 and 500 Cuban pesos, or the price for ordinary jeans at roughly 700 Cuban pesos? Who decided that we must work an entire year in order to spend three days in a mid-priced resort hotel?

Now they want to shift responsibility by having us pay the price for their bad policy decisions while cynically making sure that the dividends from this scam go to pay for improvements to public transportation. Implementing these measures only serves to discredit them. Meanwhile we Cubans  simply laugh at our misfortune, choosing to see it as yet one more screwup.  By treating it as nothing more than a bad joke, we rely on our Creole humor to dispel our anger.

But this writer has chosen to take the matter seriously, no matter how great the temptation to engage in irony and ridicule — how easy that would be — and no matter how much the white-collar criminals operating throughout the country, who make such decisions with the full consent of the nation’s highest political and governmental authorities, might warrant it.

They — the same ones who decided that my children, not theirs, could not drink milk past the age of seven — “pay” us not with salaries but with rubbish that vanishes within in a few days.

This is the essence and heart of the matter: they fear a prosperous people because such a people would be less easily manipulated and less servile. They know that prosperity ignites too dangerous a light in men’s eyes, which makes them irreverent and resolved. Sooner or later these men end up clamoring for openness and freedoms, something the mind of Caesar could never have imagined.

*Translator’s note: TRD Caribe S.A. is chain of retail stores owned and operated by the Cuban military. “TRD” is the acronym for Hard Currency Collection Stores, by which the military makes clear their purpose for being in the retail business.