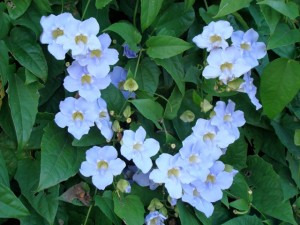 The man dressed in white walks up to the exit gate at the airport. A person with a calculating official face stops him and asks, “Do your clothes have something to do with the Ladies in White?

The man’s voice quivers. He’s scared like a deer caught in the headlights.

They let him pass and he boards the plane bound for Nassau, from there to continue on a flight to the United States. He now has a Spanish passport. As the plane takes off, he thinks: “No more white clothes, I swear.” To deny one’s nationality is a means of acquiring rights.

The Cuba that is forgotten after one acquires a foreign passport, a visa to travel abroad, or exile.

The man in white lives better than the dispossessed. He has a rental car, and conducts unscrupulous business on his trips abroad. He knows it is wrong, knows what is corrupt, unworthy, immoral, low, but he closes his eyes and take advantage of the opportunities, the rights that go with foreign passports, of course. He discards and is almost against  the opposition, he doesn’t want to know about it, not even to know it exists. There are thousands of Cubans like him, who look away from the sinking Cuba.

Today, leaving for the United States, a young man with whom I have a deep friendship, so I ask a favor of him that has no relationship to politics. I cut a plastic bottle in half and place a rose inside, and wrap up a petrified shell to send to a friend. My hunch tells me he won’t take it to the airport, which is what happens. The next day his mother tells me.

“Please forgive him, his aunt told him not to try it. He could lose out.”

(Trafficking in roses, fossil of value or fossilized value.)

It’s been more than a year since I saw my daughter. The person I love most in this world. Finally she and her husband left. With them, I wanted to deliver a letter that he had no political connotation. Her husband treated me almost contemptuously and reproachfully (it was his nerves). My daughter almost fought me, it tore my heart out when she left. For her and for the country.

Dozens of friends have gone to the United States, even some politicians who had provided support and assistance when they were in this infernal land, they come and go so many times it’s like they’re traveling from one side to another of this city, not only do they forgot about me but about Cuba.

Except those involved with the opposition, the rest are cultural groups, intellectuals or scientists, including the “internationalists,” minor dictators ordered not to jeopardize their chance at the rights and they become a repudiation brigade not to injustice about Cuba, but suppressing any call for justice for Cuba.

I do not want anyone to come and demand the right and justice that belongs to us, we who hourly eat the dust that plagues our nation and allow ourselves to be torn to pieces by the tyranny that makes all Cubans, in one way or another, scum, miserable garbage, beggars for rights. But neither to I want so much humiliation falling on the nation sold at the  price of the scraps of power.

We Cubans do not need weapons to defeat the dictatorship and establish democracy. We just need a minimum of honor, decency, shame, dignity, and enough courage to exercise it. The people of Cuba have buried their demands for justice. We don’t deserve their reprimands and the dead. But nor do I deserve that Christ went to the cross for me, and yet there he was, martyred for my sins. But there is a difference, Christ is God and we Cubans, who are we?

Martí’s dream is my own and one can no longer say “The palms are brides who wait, and we must place justice higher than the palms.”

The palms that are left are forgotten brides, crying for their Cuban boyfriends who abandoned them, trading them in a horrible and cowardly exchange for American, Spanish, Ecuadorian or Venezuelan passports. Because they lacked the courage to be Cuban in Cuba from within and below. My Cuba and yours, the Cuba I love with tears and strength, with all my heart and my desire for freedom, there is not enough wind to embrace it.