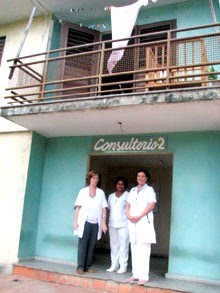 HAVANA, Cuba, September, Orlando Freire Santana, www.cubanet.org –The Cuban health system has a vertical structure that has its base in family run medical practices, followed by polyclinics and hospitals.

In the ’80s of the 20th century, when they were created, it was thought that all the problems of the population would be solved.

Soon after, patients lost faith in the practices. And today, the task of the family doctor has been reduced to taking blood pressure, prescribing medications, and sending patients to polyclinics and hospitals.

Isabel is an 80-year old woman, who never visits the family doctor in her neighborhood. It isn’t that the elderly woman doesn’t need medical care, just that she prefers to get it directly from hospitals because she has friends who “connect” her with specialists. What’s more–she tells us–many times the doctor’s office is closed and other times instead of the doctor there is a student who is only good for prescribing aspirin.

Ofelia, for her part, doesn’t want to be reminded of the family doctor. It turns out that her doctor doesn’t live in the housing annexing the doctor’s office. He left it to his daughter, son-in-law and grandson. And even though the doctor drops by the clinic in the day, he’s absent at night and in the early hours of the morning. What happens if there’s a medical emergency?

Ofelia’s father-in-law passed away suddenly at home, around 7 or 8 at night.  And since the family doctor wasn’t there to sign the death certificate they had to keep the cadaver in the house until the next day around mid-morning.

Of course she has lived through lot.  Before the Revolution, she says, her family were members of the “Accion Medica” private clinic located in Cocos y Rabi, in the Havana neighborhood of Santos Suarez. For a monthly fee of 2 pesos they had access to all the clinic’s services, including admission to hospitals, in addition to any medications they needed. They could even ask for a doctor’s visit in their home, and the doctor would arrive at the latest only 15 to 20 minutes after the request was made.  Now, by comparison, Clara laments that the family doctor barely “shows up.” That is, he doesn’t visit the sick in their beds.  “Well,” Clara warns, “at least not unless he gets a little present.” 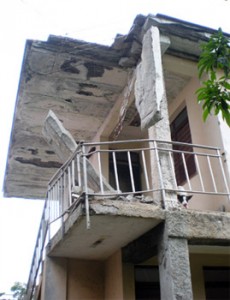 Amelia desperately hopes that they select her to complete a medical mission in any other country.  It doesn’t matter that the Cuban government keeps most of what doctors are paid abroad. But anything would be better than what they make in Cuba, from 15 to 20 dollars a month.  The doctor Amelia “makes do” with what is earned by her husband who, at night, being careful of the police, rents his car, illegally.

The patients are not the only ones who disagree with the family doctor’s offices.  A doctor who works in an office in Cerro –who asked to remain anonymous– showed herself to be overwhelmed:  “When one arrives at the office, within 15 days you know all the elderly in the neighborhood, they come every day, just for kicks, to stretch their legs, because they don’t have anywhere else to go.”

And how do medical students weigh in?  The other day several daring young women with the uniform of medical science, snacked on a bench in the park.  One of them highlighted the importance pf earning high grades from the first day of class, to form a record that guarantees a good placement after graduation. “Yes, of course,” another student asserted, “we can’t slide, they’ll punish us and send us to a family medical practice.”