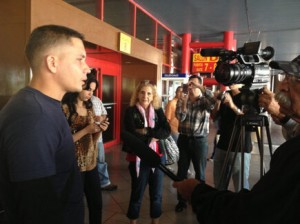 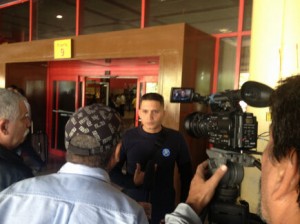 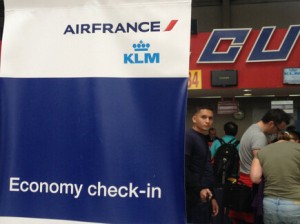 Site manager’s note: Eliecer Avila is the computer science student who, in a session at his university where Ricardo Alarcon,  vice president of the National Assembly, came to meet with the students, asked Alarcon a series of questions that the students needed answers to, “to help us do our work.” Their work was monitoring the internet and responding to the regime’s critics. The session was videotaped and the video eventually found its way into cyberspace.

Although Eliecer was sincere in his inquiries — the students truly wanted ammunition to do a better job supporting the regime — Alarcon’s answers exposed him to ridicule as the video went viral around the world.

Among his most surprising answers was that one of the reasons Cubans could not travel freely was because if they did so, there would be too many planes in the sky.

Both men’s lives changed. Eliecer was expelled from the university and ultimately became an activist for a free and democratic Cuba. Alarcon, who was Cuba’s representative to the UN for nearly thirty years, and later Foreign Minister and who, as of this date, remains the president of the National Assembly, will be replaced in that post after tomorrow’s elections.

Today, Eliecer is taking his chances in the crowded skies and traveling outside Cuba for the first time. Photos are from Yoani Sanchez’s twitpic.

Here is a link to Eliecer’s and Alarcon’s conversation, with English subtitles.