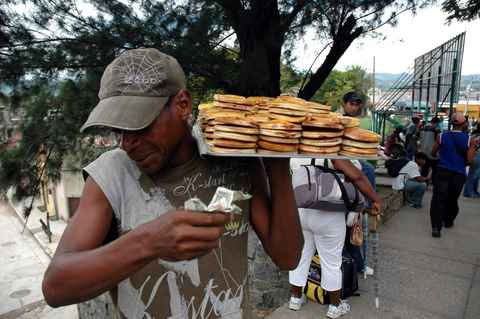 The draft guidelines for economic and social policy proposed by the Cuban communists declare that equal rights and opportunities exist for all citizens, not egalitarianism. But at no point do they give respect to the rights of Cubans.

On the contrary, inherent in the “Update of the Socialist Economic Model” is the continuing discrimination against Cubans in favor of foreigners, principally when it comes to participating in the national economy.

The island’s communists continue promoting the participation of foreign capital, while precluding the formation of capital by nationals, by excessive regulation and state control. Notwithstanding that the Cuban Constitution treats foreigners and nationals equally in the enjoyment of rights.

While only foreigners are allowed to join with the state in large businesses, Cubans must comply with limits on their activities that impede the progress of individuals and families. Is this what they call equality of rights and opportunities?

It is no secret that foreigners enjoy a privileged position in Cuba, from an economic and social standpoint. Of course these freedoms are not a response to external pressures, but are purely government policy.

While a self-employed Cuban must pay tax, up to 50% on income over 50,000 pesos, foreigners pay a maximum of 30% on their profits. The policy is to apply higher taxes on higher incomes, hindering the activity of Cubans in their own economy

The new regulations on self-employment are pure formalities. They still do not encourage new participants, who have the responsibility of contributing to the burdens of state, creating jobs, and increasing productivity in the country. Nor do they take into account that many families depend on the progress of the activity of the self-employed.

It is fair to say that foreign investment in Cuba brings benefits to the economy. But it is not the sole solution for addressing the overwhelming problems, nor a justification for a policy of discrimination.

In the Cuban Constitution, discrimination on the basis of national origin is prohibited, and punishable by law. But there is still no legislation giving effect to this principle. Moreover, the government itself implements policies of segregation, which prevent its citizens from investing in their own economy, from being responsible for their own fate.