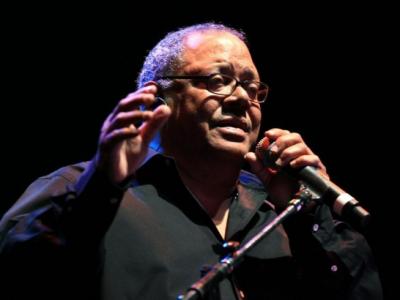 Human nature tends to habits, which is not unusual since by nature man is a creature of habit. Cubans, subject to this rule like everyone else, drag with us the tendency to babble wherever we go, and Miami would not be the exception. Pablo’s concert at the Arena was marked, as was that of Los Van Van before it, with all the paraphernalia of manners that seem destined for those of us born in the largest of the Antilles; all the arrogance of believing ourselves owners of the absolute truth and the evil habit of challenging the right of others to disagree, since we are talking about baseball or the Peloponnesian wars; even when choosing how to spend a Saturday night in question.

Those determined not to forget the voice of its young guerrillas along the beach during their life in Cuba, arrived at the arena amid the screams of a group with far more dismal fate when touching Formel’s blunderbuss. This minority holding an outdated and stale hatred no longer favored by the power elite in Miami and Havana.

Both shores are nourished by this mutual intolerance of the most recalcitrant, and egged each other on, maintaining this state of things where those of us on the bottom rung always lose. Although, for the consolation of those who opted for sanity, on both sidewalks there are increasingly fewer extremists who restricted a generation – also thriving on both sides of the street – more fresh, oxygenated with an air of change and more conciliatory attitudes.

Surprised to see those who left Cuba looking for tolerance and freedom, frightened by the crackdown, repeating to the letter in Miami – is it our genetic destiny? – the same script they repudiated and to top it off, against an artist who preferred not to ingratiate himself with laughter from the time when he thought it ethical assume critical positions not from exile, but from Cuba, which is not exactly the same.

Beyond the Pablo’s personal right to sing where and when he pleases, and for whoever shows up at the Arena to listen to him, there is a certain fact: he is already known and written among those enshrined in the rich history of Cuban music, even if he died today, or never composed another song. Those trying to judge him should know that, and I would ask: Hey buddy, here among Cubans, you, what have you done? What was your contribution to Cuban culture?, Will you leave something timeless? Will you be remembered tomorrow? Given the talent … at least have the decency to shut up.

For my part I confess myself unable to make a judgment about Pablo without becoming passionate, because I admire his art so much, for I have lived beautiful moments of my adolescence and my youth with him as the background music. If only for reconciliation among all Cubans it’s worth it to hang up our weapons. With Los Van Van or Pablo, had I been in Miami, there would be no human way to keep me from the door of the Arena. As there would be no way to stop me if Willy Chirino were at La Tropical or La Pirogue. I would be first in line, with my music, among Cubans.