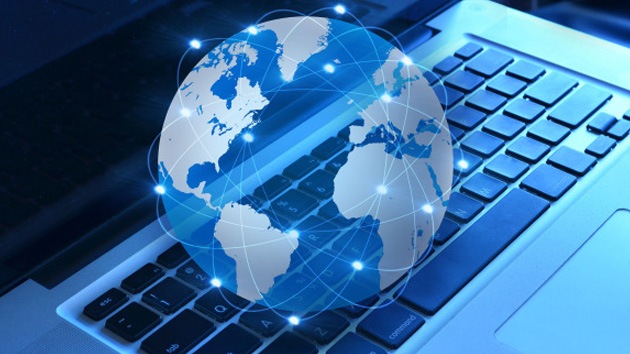 On June 4, the 118 Internet centers that had been announced in the State press begin operating in Cuba. As I receive the newspaper Granma on Mondays I get Juventud Rebelde, Trabajadores and Tribuna de La Habana, several days earlier I began to search the newspaper, which should have information about the places that would offer the services, the addresses, but as of the writing of this text, nothing has appeared; why?

The downpours of the five days prior to the date in the western provinces drowned my ability to access the network during that time in places where usually I connect and so I do not know if in the foreign press showed the list to which I refer. Maybe the leaders hoped that foreign tourists come to navigate the Cuban cyber waters and for this they maintained discretion.

The fact is that the government media did not pay much attention to the issue. It could be that the silence that is due to a Party direction, perhaps thinking, from their disconnected cloud, that it might produce social congestion at these access points and are trying to avoid it with silence.

It is also possible that, on the contrary, they forgot to coordinate with the newspaper editors — which is unlikely — in order to “give abundant air” to the news in question. There is also possible, even more remote, if we take into account the tight control over the media by the authorities, and that the indifference is due to how distant the Internet is for the majority of the citizens, the excessive process of computer and telephone equipment, and that computers are almost never offered for sale in this country. Generally computers are imported by the minority of Cubans who can travel abroad.

The so-called southern television (TeleSUR) that is weighs on me to mention, committed and manipulated and whose north is leftist propaganda, mentioned the fact with great media fanfare on one of their news broadcasts, and assured that the opening of these cyber centers is part of the process of the “computerization of Cuba.”

If in the national media they claim there are already around two million cellphone users, why not include these potential navigators who already have the tools to set sail? As always happens in dictatorships, the paralyzing fear, secrecy, rights violated with extremist caution, and the unjustified deception on the pretext that “the enemy is listening,” are already very fragile arguments in a globally interconnected world.

This Monday the 10th the newspaper Granma mentioned for the first time that there was a cybercafe in the Focsa Building, with 9 seats for internauts. Where are the others?

The bembé is a religious festival of the Yoruba pantheon inherited from ethnic groups uprooted from Africa and we incorporate it into the Cuban cultural monuments. The news of cybersurfing points, however, wasn’t the celebration that many had anticipated. We’re left, then, with continuing the long and patient wait because everyone uses that service with the tools at their disposal, without ridiculous prohibitive pattakíes or discrimination, to celebrate with all Cuban users the respect of one of the fundamental rights on the part of the Cuban dictatorship, which constitute a real national celebration.