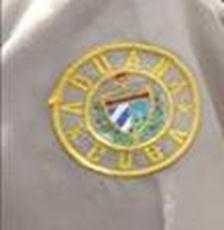 Postal and Shipping Customs, part of General Customs of the Republic (AGR), imposed an administrative penalty against me, through Confiscation Order No. 978, issued on June 8, 2010, for a shipment sent from the United States of America.

On July 13, I received an envelope sent by the Customs authority through the Cuban Postal Service, which contained the order and four Records of Retention and Notification. The documents included a list of the items seized.

In the order, Raimundo Pérez García, Customs Enforcement Inspector, confiscated the items – mostly cleaning, toiletry, and office supplies – claiming that upon physically inspecting the shipment, he found that they offended the general interests of the nation, constituting a violation of the provisions of Resolution No. 5-96 of the Chief of the General Customs of the Republic.

These are widely-used, everyday domestic products, and are on sale in state-owned commercial establishments and hard-currency stores within the country.

The customs order issued by Pérez García, Customs Enforcement Inspector, is arbitrary. This official did not explain what criteria he took into account to determine that the items seized offended the general interests of the nation.

Resolution No. 5 of the AGR, in force since 1996, allows the application, within the national territory, of the International Convention on the Suppression of the Circulation and Trafficking of Obscene Publications and traffic.

It prohibits the importation by shipment of “any object whose content is considered contrary to morals and good customs or that goes against the general interests of the nation.” It further provides that the seized products be delivered to the appropriate agency of the Ministry of Interior.

The government regulation was used in previous months in the seizure of shipments from abroad to various dissidents, including Aini Martin, the independent press correspondent, Yusnaimy Jorge Soca, the wife of the physician and prisoner of conscience Darcy Ferrer Dominguez, and Yoani Sanchez, the author of the blog “Generation Y”.