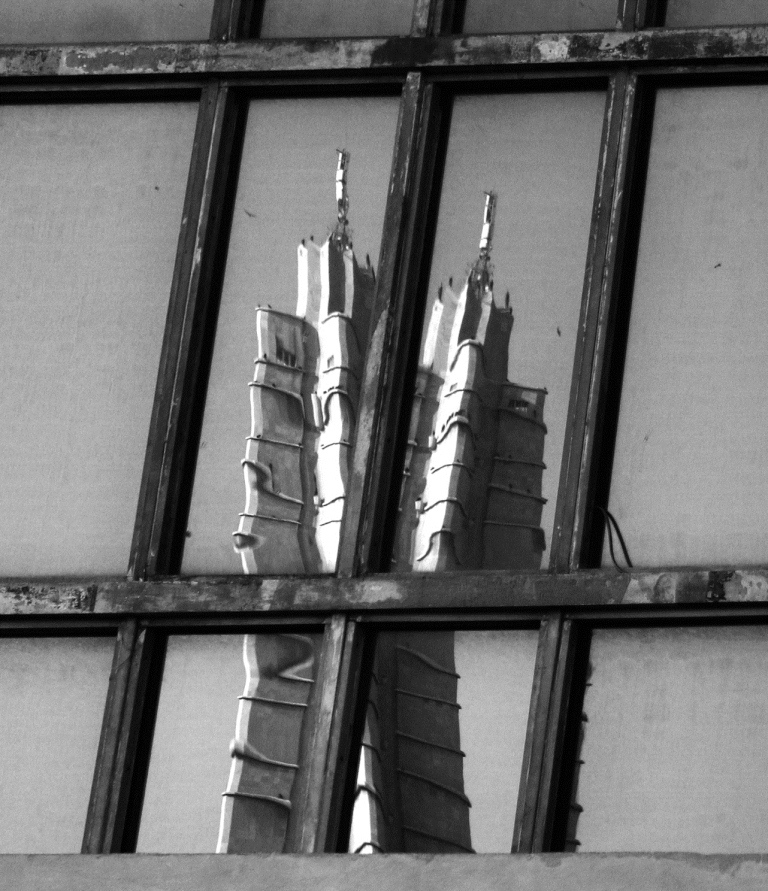 I confess that when I found myself referenced as an “alternative” voice, lacking previous reviews and bordering on misunderstood, I manned the battle stations against Elaine Diaz’s blog “La polémica digital” — The Digital Controversy. But when I noticed the objective and conciliatory tone in her post “Blogger, period,” I quickly took off the helmets of war and went unarmed to a discourse that seems sincere.

My initial reaction, though primitive, has a simple explanation: too much despotic, too much hypocritical invective has been released at my door and when that happens, something hardens inside and easily bursts into the guttural reflection of the battle. But once calm I take on the proposal, because we always have time to liberate the beast, since any bridge of reconciliation, once laid, is a trophy that this people can’t afford to lose.

But I think that saving the qualitative highs and lows that are natural in every human congregation — and the blogosphere, although virtual, in some way is that — I find that the lack of arguments is not the rule but the exception. Among our bloggers — who continue in their effort not to spin off into factions and will be called bloggers period — we can count more than one impassioned, “What Cuban isn’t one?” Just that each one goes in the direction dictated by his conscience.

This “exhausting war” on both sides is nothing more than a virtual reflection of what they’ve forced ordinary Cubans to fight for five decades, within and outside the island, a painful sequel to the quarrel between the powers on both sides of the straits that has profited them both — money for some, allegations for others — while the Cuban people are the big loser in this saga.

On the way to harmony it should be the State that makes the first move, because being the power it has at its disposal all the resources, being the strongest it is ethically obligated to respect the weaker, for being the one who makes the laws that stoke or dampen the embers of discord.

Here, everything is summed up in the common sense, because if the Cuban Adjustment Act is inappropriate, it is also inappropriate to prohibit us from traveling abroad; if this policy called the blockade by some and the embargo by others that is forced on us from outside is misguided and anachronistic, so is the excessive centralization of the state, forced on us from within; If the world press is biased, so is, in no lesser measure, the Cuban press; if it is immoral to lie to pardon Posada Carries, it is also immoral to do so to disqualify a doctor for something he never did, or in the end both sides are capable of cheating and in what falls and rises on the tide life escapes us.

The world today experiments with alternative routes and social networks to gain prominence, but in Cuba we seem to go in the opposite direction. I do not think that the principle demand of the bloggers is free access to the web, nor is this comparable in size to the critical situation in housing, food, or absurd wages.

Starting from the precept that the solution to a problem doesn’t imply ceasing to fight for the solutions of others, if there is an essential difference between the Internet and the rest of these issues: it is that while the others demand a logical reordering of the physical infrastructure of the country, a massive deployment of resources, and short and long-term investment, in comparison giving people the keys to the Internet would be like snapping one’s fingers; it would imply an immeasurably more discreet investment, possible in the short-term, and in fact only requires rearranging the mental infrastructure of those who make the decisions, it is purely a question of political will, and to refuse the people this right, at this juncture in history, is pure medieval obscurantism.

At the place where I connect once a week — where nobody charges me, nobody pays me and nobody censors me — it takes me a three-hour journey to get them, eight hours total to hang this post, something that at home would take eight minutes. It is no sin, nor does it bother me, that the “revolutionary bloggers” access the global network, but it is a capital sin to deny it to the “alternatives” — along with the rest of the people — especially if they are then labelled mercenaries by the same power that refuses it to them, when they are forced to connect through an embassy.

There is an obvious cynicism in this and I don’t propose to make you pick at the scab, but there is one inescapable fact: when a blogger plants a flag in the shadow of the authority he assume very little or no personal risk; if the flag, however, is an “alternative” one, he must pay dearly for boldly confronting a power that sees everything as black or white, that does not admit of any diversity of tones, and whose slogan continues to be “with me or against me!” A power that constantly incites the dogs of war, that does not forgive that these words posted in Cuban voices it being Cubans who write them, a power whose intolerance itself becomes the original sin, the first stone thrown into this maelstrom with neither winners nor losers,and in the end the Cuban nation loses.

History is full of examples of people bled by killings and resentments lasting decades or centuries, who were able to raise themselves from the ruins through indulgence. Our sublime Marti comes to mind, who still convinced of the inevitability of the war of emancipation, knew to launch it without hatred towards Spain; the example of Gandhi comes to mind, whose great soul brought an empire to its knees with only his word, who without a single shot being fired founded a new India; the great Mandela comes to mind, who after 27 years of as a captive of the racists, emerged from the prison, forgave his jailers,buried a regime of more than a century and founded the South Africa of the new era.

Before these high testimonials, results of confrontations that seemed insurmountable, the question arises: could Cuba follow the same paths? Will we overcome our differences and found for Cuba a new era of tolerance? In that hope I live and believe that this is the true mission of my generation.

It is along this line that the Cuban blogosphere must press today, which is both sides of the same coin in this dichotomous relationship, inevitable and difficult. We are all in the same boat, stripped of the same rights — because these are not privileges — and this is something that unites us. In the end, every nation needs to be reborn from the ashes. In the laudable task of reconciling the best and most authentic of each part, I would extend both my hands. I would demand, as a condition, to desire the highest good of the country. For now, all who love the diverse and free colors in the same flag could begin calling each other, without epithets, Cubans, period.