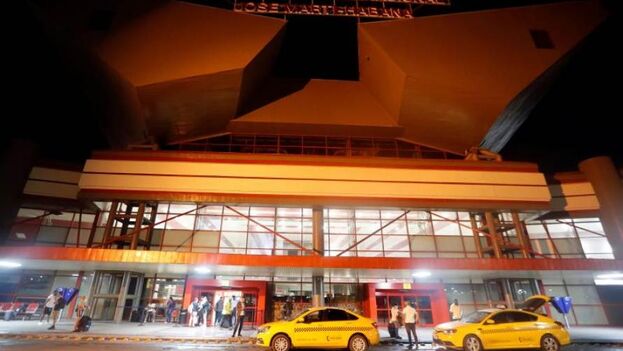 14ymedio, Havana, October 14, 2020 — The Cuban government has announced that its airports will reopen on Thursday with the exception of the one in Havana. The city’s José Martí International Airport, which is the country’s main point of arrival, will remain closed until October 31.

The Cuban Air Navigation Company indicated in a statement that scheduled and charter air operations to all international airports in Cuba, except José Martí, will be allowed to resume operatons beginning October 15, 2020 at 11:59 p.m. local time. Operations at the Havana airport will remain restricted until midnight, October 31, to humanitarian and cargo operations “as before” with limits of two 32 kilograms of luggage per person.

Last Thursday Prime Minister Manuel Marrero said that the country would reopen most of his international airports to tourists and Cubans living abroad. Oversees travelers will  have to submit to a PCR test upon arrival to avoid spreading the coronavirus.

Marrero gave assurances that Havana would reopen its airpot “in the coming days” without offering further details. Some carriers such as American Airlines and Iberia have begun selling tickets to Havana for trips starting after the first week of November.

At the end of March Cuban authorities sealed off the island in an attempt to contain the coronavirus pandemic. This had a devastating effect on tourism, the nation’s third largest source of income after the export of medical services and remittances from overseas. According to the Economic Commission for Latin America and the Caribbean (ECLAC), the drop in Cuba’s gross domestic product will exceed 8% this year.