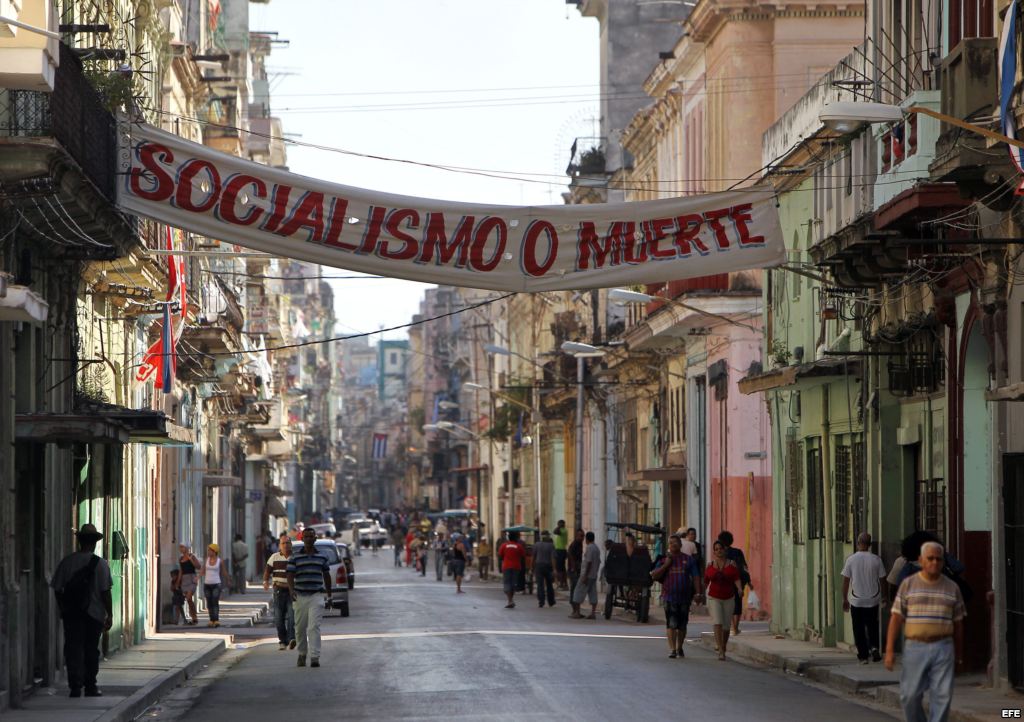 Juventud Rebelde didn’t lie when it said in its Sunday edition, “Raul returned to the fatherland with the emotion reflected in his face after intense days in Caracas.” I believe it wouldn’t be wrong to say that their words set a road map and marked guidelines.

The revolutionary government has lost its wet-nurse and knows, clearly, that without patronage it cannot choose to continue its unbelievable discourse, nor seek the permanence of something within Cuba that almost no one needs.

As my grandmother used to say seated before her balance sheet, before taking some tobacco, “What creates real uncertainty and despair is not what happens but what is going to happen.”

Times are changing for everyone, and we have to change with them. I know that within the island there are, at least, two sides. One has the power and, as so often happens with precious bounty, it is not disposed to cede it, but to hold onto it it will have to urgently reinvent itself.

Its main enemy, within and outside the public arena, is the ballast that generates its own inertia. Today, like never before, the dominant class on the island needs with urgent haste, and not discretion, a more democratic approach. It is disguising itself in a moderate esthetic, although its target continues to be the same, to gain time, always betting on biology, the oxygenation and multiplication of forces.

I think without renouncing any of their “convictions,” they can’t do anything other than to bend their orthodox path slightly toward a space with more understanding, including with the dissidence (which confuses Uniformity and Union) which at first glance doesn’t seem separated by great differences.

I don’t have a crystal ball, but I dare to say that before next year, perhaps before this coming summer, they will announce new economic reforms, including political reforms, designed to create a new Constitution or to reform the current one.

They will separate the State, the Government and the Party to increase power in support of more political evangelism, and more legitimacy. It’s clear, they will build barricades that would allow them to remain immune faced with those of us who want to judge them or at least want to see them sitting in the dock.

Havana is becoming a territory that everyone — even I who have never been very cautious — need to look at with moderation and care. Someone wrote, that the most well-tried method to absorb the enemy is the make him feel important. We recall that for the Cuban government the world is nothing more than a great battlefield.

And yes, they still have the old traps capable of catching the naive, manipulating the sentiments of those who have for years enjoyed the pleasure of eating as a family, and handling the innocence of so many others who don’t even have a table to sit at. The danger is over tightening the nut and breaking the thread of the slight social cohesion.

The new role of the Castro regime is to show new-found false benevolence. Now they will invoke the necessary words — Justice, Liberty and Democracy — as they share out food to later collect votes. Because if it really is true that when you go hunting you don’t use the rifle in reverse, there are true stories in which the shot of the marksman has backfired.