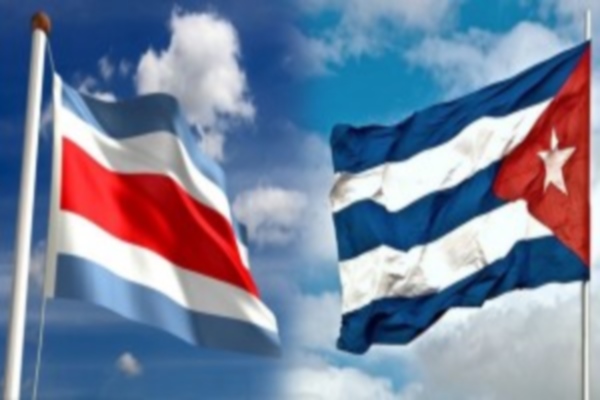 The Cuban Commission on Human Rights and National Reconciliation (CCDHRN) reported that this Wednesday, 29 January, late in the morning, they met with Costa Rican diplomats, one of whom was a part of that country’s official delegation to the Second Summit of the Community of Latin American and Caribbean States (CELAC).

The Costa Rican diplomats took notes and assured they would report to the President of the Delegation of their country to the CELAC Summit.

CCDHRN members prepared a report about the unfavorable situation in Cuba with regards to civil and political rights, as a context in which the Summit is taking place, and we expressed our hope that the Cuban government will accept, in a climate of inter-American cooperation, the need to adopt and respect international standards, particularly in the areas of civil, political, economic and cultural rights.

At the time of the meeting at the Costa Rican site, at least 16 peaceful Cuban dissidents remained jailed because of the CELAC Summit, and at least 8 were under house arrest.

The Cuban Commission on Human Rights supports the request made to the Cuban authorities by Mr. Ban Ki Moon, Secretary General of the UN, about the need for the government of Cuba to ratify the Covenants on Civil and Political Rights and Social and Cultural Rights, which they signed six years ago. It is hoped that the government, in addition to ratifying the agreements, guarantees unrestricted and unreserved compliance with them.

The CCDHRN asked for meetings with several delegations attending the CELAC Summit, through their respective embassies in Cuba. Only the Republic of Costa Rica responded positively.